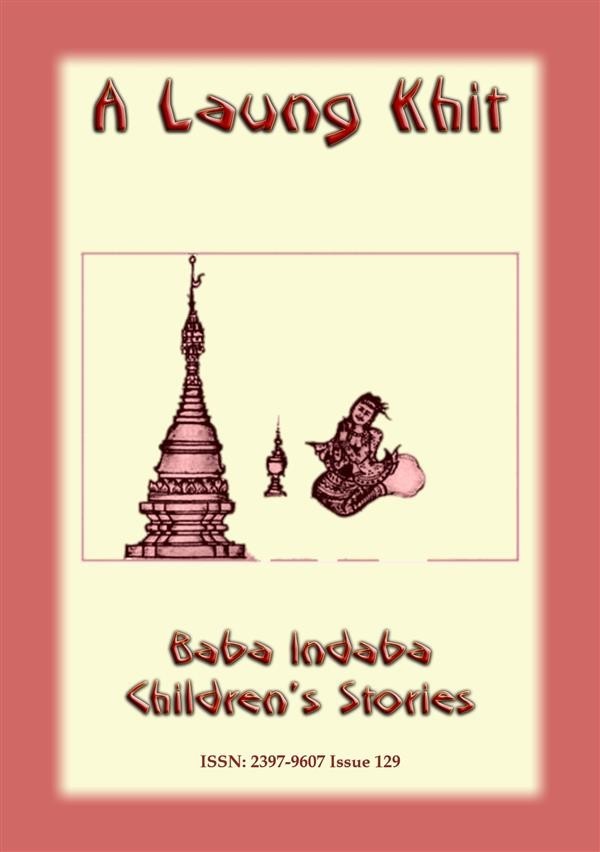 ISSN: 2397-9607 Issue 129
In this 129th bedtime story from Baba Indaba’s Children's Stories, Baba Indaba narrates a folk tale from the Shan, Hill People of Myanmar, or Burma of old. A woman wanting a child, prays at a special pagoda for a child. Lord Sa Kyah heard her prayers and took pity on her, and promised her a son. But, alas! when he was born, to his mother's great sorrow, instead of being the beautiful boy she hoped for he was nothing but a frog. Now called Myeh Khit, or "Frog's Mother," but she bore their jeers in silence.

Now the king of the country had seven daughters. All were married except one, and one day Myeh Khit went to him to ask for this daughter in marriage for her son. Well, pandemonium broke loose that day......…… Download and read about what happened next to Myeh Khit, her son the Frog, the King’s daughter and, of course, the King.

Baba Indaba is a fictitious Zulu storyteller who narrates children's stories from around the world. “Baba Indaba” translates as "Father of Stories".

Each issue also has a "WHERE IN THE WORLD - LOOK IT UP" section, where young readers are challenged to look up a place on a map somewhere in the world. The place, town or city is relevant to the story, on map. HINT - use Google maps.

INCLUDES LINKS TO DOWNLOAD 8 FREE STORIES
33% of the profit from the sale of this book will be donated to charities.