Our Jungle Road to Tokyo 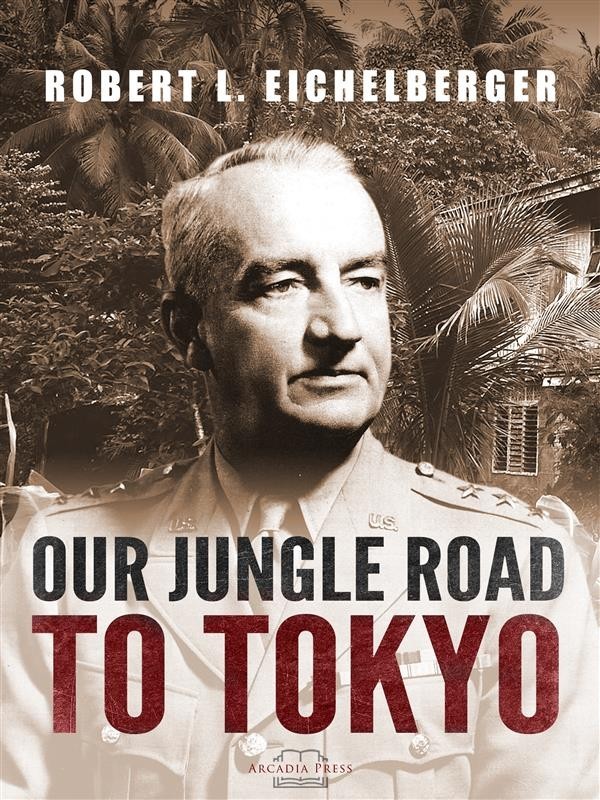 Our Jungle Road to Tokyo

A 1909 graduate of the United States Military Academy at West Point, he saw service in Panama and on the Mexican border before joining the American Expeditionary Force Siberia in 1918. He was awarded the Distinguished Service Cross for repeated acts of bravery in Siberia. After the war, he transferred to the Adjutant General's Corps. He attended the Command and General Staff College and the Army War College, and was Secretary of the War Department General Staff, working for the Chief of Staff of the United States Army, General Douglas MacArthur.

In 1940, Eichelberger became the Superintendent of the United States Military Academy at West Point. He instituted a number of reforms, cutting back activities such as horseback riding and close order drill, and substituting modern combat training, in which cadets participated in military exercises alongside National Guard units. He acquired Stewart Field as a training facility, which gave cadets a chance to qualify as pilots while still at West Point. He became commander of the 77th Infantry Division in March 1942, and I Corps in June.

In August 1942, Eichelberger was abruptly sent to the Southwest Pacific Area, where he led American and Australian troops in the bloody Battle of Buna–Gona. In 1944, he had notable victories at Hollandia and the Battle of Biak. As Commanding General of the newly formed Eighth Army, Eichelberger led the invasion of the Southern Philippines clearing the islands of Mindoro, Marinduque, Panay, Negros, Cebu and Bohol. By July 1945, his forces had defeated the Japanese on Mindanao. In August 1945, Eichelberger's Eighth Army began a three-year stint as part of the Occupation of Japan. He retired from the Army at the end of 1948.