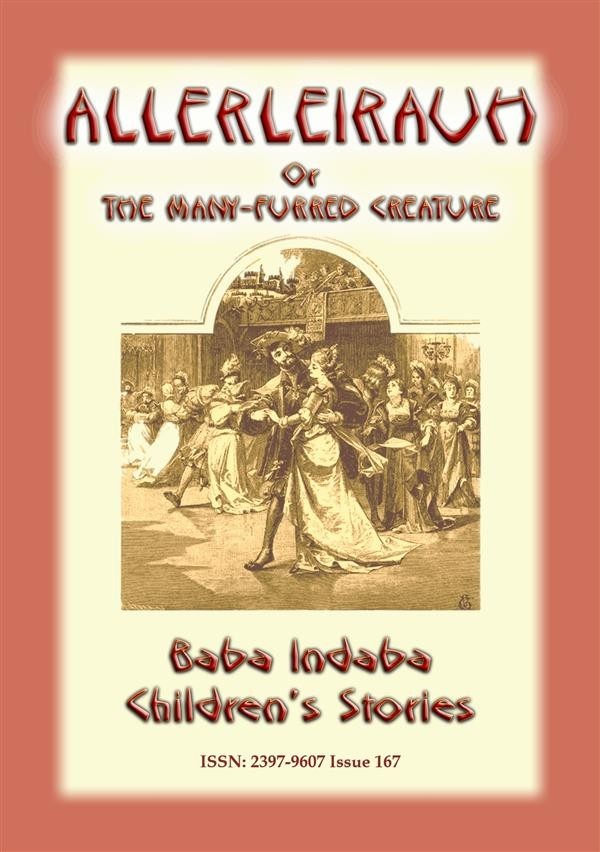 ISSN: 2397-9607 Issue 167
In this 167th issue of the Baba Indaba’s Children's Stories series, Baba Indaba narrates the story of Allerleirauh. A king promised his dying wife that he would not marry unless to a woman as beautiful as she was. He realises that the only woman that would not break the promise was his own daughter. The daughter tries to avoid the wedding by asking for three dresses, one as golden as the sun, one as silver as moon, and one as dazzling as the stars, and a mantle made from the fur of every kind of bird and animal in the kingdom. When her father provides them castle on the eve of the wedding, she runs from the castle and sleeps in the forest. A prince, hunting with his dogs, finds her and she asks him to have pity on her and give her a place in his kitchens. Because she gave no name, she was called "All-Kinds-of-Fur" or Allerleirauh. The prince plans a ball and the princess sneaks in wearing her silver dress......……. Download and read this story to find out what happens when she walks in to the ball.