ALPHEGE or the Little Green Monkey - A French Children’s Story 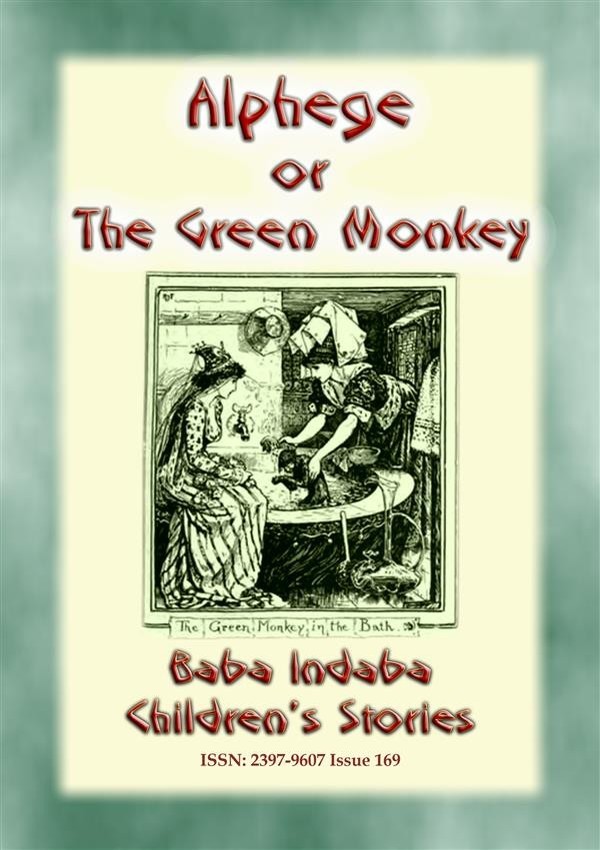 ALPHEGE or the Little Green Monkey - A French Children’s Story

ISSN: 2397-9607 Issue 169
In this 169th issue of the Baba Indaba’s Children's Stories series, Baba Indaba narrates the French tale of “Alphege – or the Little Green Monkey”.

A king loses his wife at the birth of his son, and only the sight of his son could console him. He chose a nearby queen, known as the Good Queen, for a godmother to his son, and the Good Queen named the prince Alphege. After a time, the king remarried. His new wife tried to rid herself of her stepson, but although she had as a friend the Fairy of the Mountains, the Good Queen had sent Alphege a ruby that protected him whilst he was in his father's lands.

The king's sister had married a distant king and asked her brother to send Alphege to her, that she might get to know her nephew. On the way, they had to cross a desert. Thirsty, Alphege drinks from a stream and out of the area of protection of the ruby, Alphege vanishes. The courtiers searched the area, but a black monkey warned them they would not find him. His father dies of grief, and his stepmother was very glad to make her own son king. Alphege's governess, deeply grieved, retired to the country with her daughter, Zayda.
The new king loved hunting. One day, he saw a bright green monkey, lured it to him with food, and brought it home, where it delighted the court.......……. Download and read this story to find out what events unfold after the green monkey is brought into the court.

Each issue also has a "WHERE IN THE WORLD - LOOK IT UP" section, where young readers are challenged to look up a place on a map somewhere in the world. The place, town or city is relevant to the story. HINT - all places can be found using Google maps.
In looking up these place names, using Google Maps, it is our hope that young people will click on the images and do further investigations about the people who live in these towns in order to gain an understanding of the many and varied cultures there are around the world. Through such an exercise, it is also our hope that young people will not only increase their knowledge of world geography but also increase their appreciation and tolerance of other peoples and cultures.