A GOOD ACTION - A Celtic Legend of the Dagda 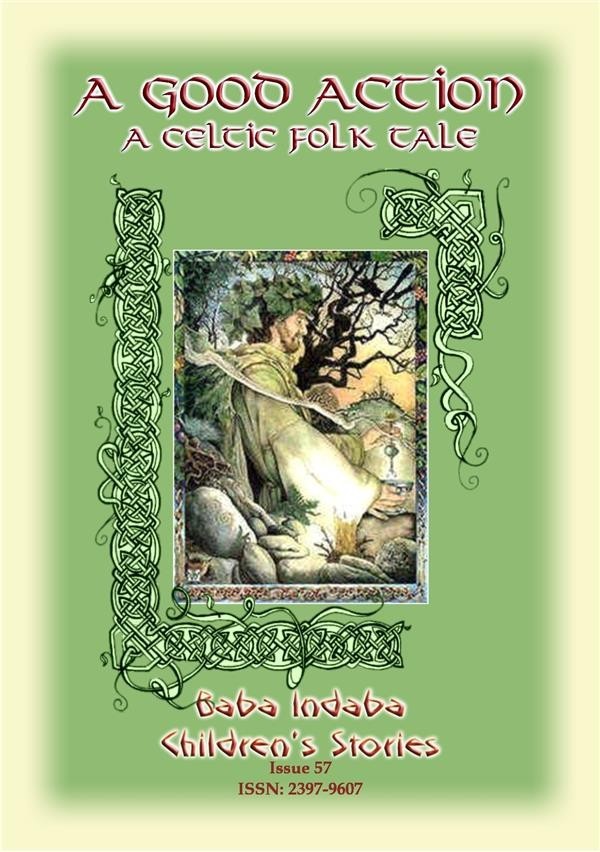 A GOOD ACTION - A Celtic Legend of the Dagda

ISSN: 2397-9607 Issue 57
In Issue 57 of the Baba Indaba Children's Stories, Baba Indaba narrates the Celtic legend of A Good Action. The Dagda sat with his back to an oak tree. He looked like a workman, and his hands were as hard as the hands of a mason, but his hair was braided like the hair of a king. He had on a green cloak with nine capes, and along the border of every cape there was a running pattern embroidered in gold and silver and purple thread. Opposite the Dagda sat his son, Angus Og, with his hands clasped about his knees. He was in rags, and his hair was matted like the hair of a beggar: a bramble had scratched his nose, but his eyes were smiling…..and so begins the legend of the Dagda and the Great Harp.

Baba Indaba is a fictitious Zulu storyteller who narrates children's stories from around the world. “Baba Indaba” translates as "Father of Stories".

Each issue also has a "WHERE IN THE WORLD - LOOK IT UP" section, where young readers are challenged to look up a place on a map somewhere in the world. The place, town or city is relevant to the story, on map. HINT - use Google maps.

INCLUDES LINKS TO DOWNLOAD 8 FREE STORIES
33% of the profit from the sale of this book will be donated to charities.