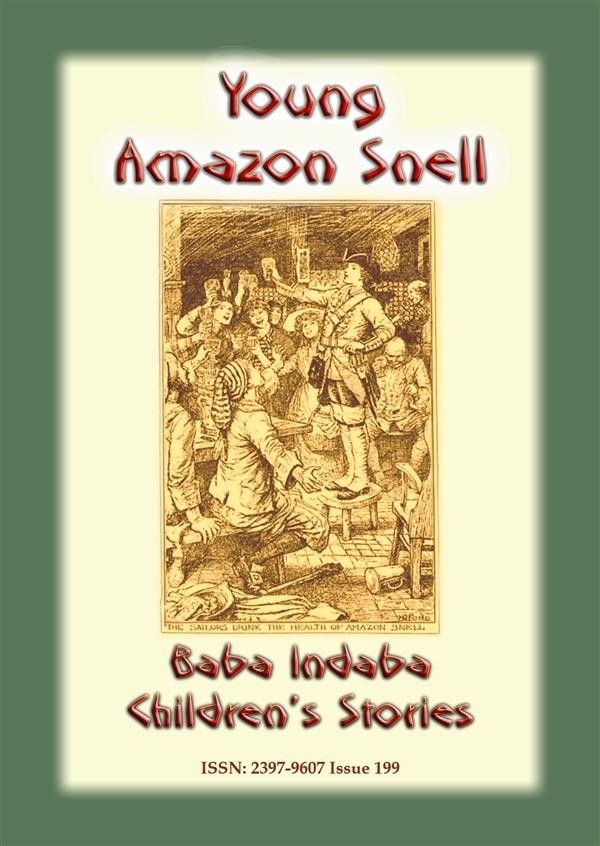 ISSN: 2397-9607 Issue 199
In this 199th issue of the Baba Indaba’s Children's Stories series, Baba Indaba narrates the American-Indian tale of “THE YOUNG AMAZON SNELL”, a true story from 17th C. England. At this time there lived in there lived in Worcester a man named Snell, who carried on business as a hosier and dyer. He worked hard, as indeed he had much need to do—having three sons and six daughters to provide for.
In the days well before Radio and Television, many tales did the Snell children hear in the winter evenings. Tales of their grandfather's brave deeds when he fought at Blenheim with the Welsh Fusiliers, and a thrill of excitement never failed to run through them as they listened. Hannah, the youngest, brought up from her babyhood on talk of wars and rumours of wars, thought of nothing else than joining up. Buts what’s this then? A woman joining the army? Over three hundred years ago? Totally unheard of and it could never happen! – or did it?
Even so, her playfellows were so infected by Hannah’s zeal, that they allowed themselves to be formed into a company, of which Hannah, needless to say, was the commander-in-chief, and meekly obeyed her orders. Locals thought this to be so funny they named her “Young Amazon Snell.”
She met a ship’s captain, a Dutchman called Summs, who enraptured her stories of adventure on the high seas. When he proposed to Hannah she eagerly accepted and married him in 1743, when she was not yet twenty.
Summs very quickly got tired of her; and after ill-treating her in every kind of way, and even selling her clothes, deserted her, and being ill and miserable and not knowing what to do, she thankfully returned to her sister.
After some months of peace and rest, Hannah grew well and strong, and then she made up her mind to carry out a plan she had formed during her illness, which was to put on a man's dress, and go in search of the sailor who had treated her so ill. And so begins the adventures of “Young Amazon Snell” a woman in the Army, and Navy, of King George II.
How could a woman hide in amongst men in the army? Was she found out and sent packing? Download and read of the real-life adventures of Hannah “Amazon” Snell aka James Grey, in her time in the services of King George II.