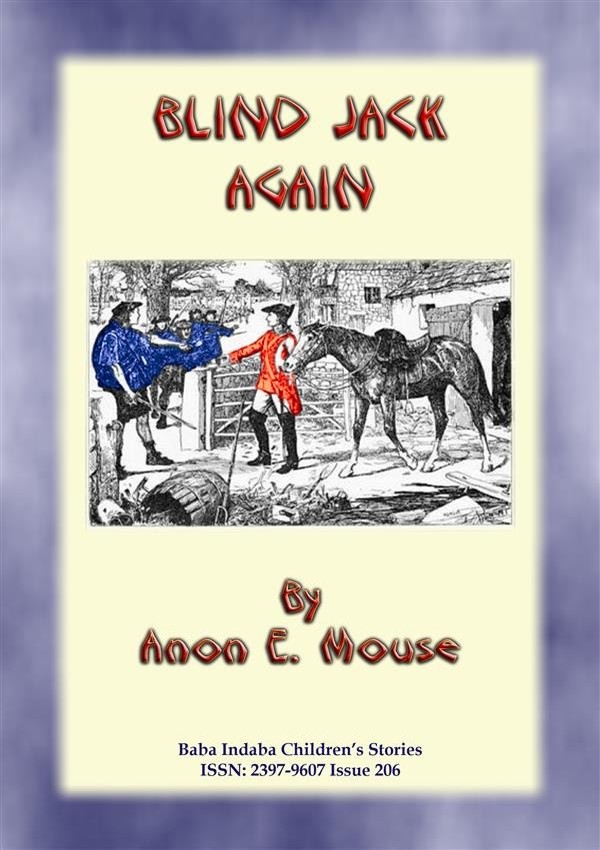 ISSN: 2397-9607 Issue 206
In this 206th issue of the Baba Indaba’s Children's Stories series, Baba Indaba narrates another English folktale about “BLIND JACK AGAIN” also known as Blind Jack Goes to War. Almost 300 years Blind Jack of Knaresborough ago did not let his blindness stop him achieving great feats.
His proper name was John Metcalfe, and he was born in the town of Knaresborough in Yorkshire, in 1717AD into a relatively well-off family. He was quick of mind and had a good memory and his teachers were proud of him, and prophesied that he could become a great scholar.

Struck down with small-pox in his 8th year, Jack went blind. He learned to walk around his home without bumping into any furniture and was soon venturing further afield, even climbing trees and delivering messages, to the extent that his mother found it almost impossible to keep Jack in the house. He was even known to get up to mischief with local boys, and valued because of his hearing which was more acute than sighted people.

By the age of fifteen he was famous throughout Knaresborough, which had grown quite proud of him. He had also learned to play the violin and was soon being asked to play at weddings and in the local pub on a regular basis. In 1732, he was officially offered the post of fiddler at Harrogate. Amid many more adventures and events, he even acted as a guide for strangers to the area.

In 1745 there was great excitement in York when the news came that the Scots were marching south, and measures were taken to raise 4,000 men for the defence of England. Always on the lookout for a fresh adventure, Jack was asked to help enlist soldiers, which of course he was most eager to do. Soon sixty-four men had been selected, were trained and on their way to Boroughbridge, where General Wade's army was halting on its way to the north.

Passing Edinburgh and reaching Linlithgow, the Engish army was ambushed by the Highlanders. Jack’s friend, Thornton, managed to evade capture by hiding in a cupboard. Hearing his friend was hiding out, Blind Jack went off in search of him and it here that Jack’s adventure really begins. You are invited to download and read this true-life story of the adventures of a blind man almost 300 years ago.