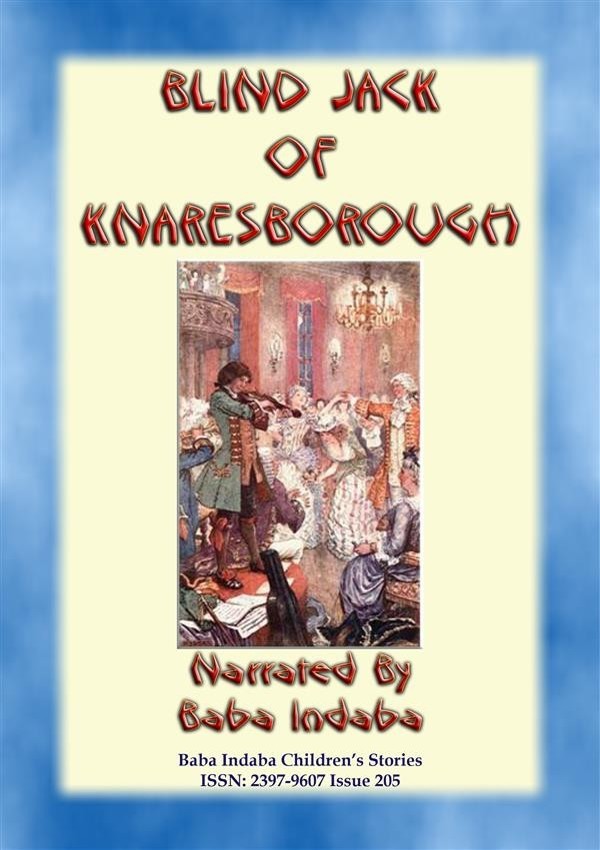 ISSN: 2397-9607 Issue 205
In this 205th issue of the Baba Indaba’s Children's Stories series, Baba Indaba narrates the English folktale about “BLIND JACK OF KNARESBOROUGH.”
Blind Jack's proper name was John Metcalfe, and he was born in the town of Knaresborough in Yorkshire, in 1717AD into a relatively well-off family. He was quick of mind and had a good memory and his teachers were proud of him, and prophesied that he could become a great scholar. Struck down with small-pox in his 8th year, Jack went blind. He learned to walk around his home without bumping into any furniture and was soon venturing further afield, even climbing trees and delivering messages, to the extent that his mother found it almost impossible to keep Jack in the house. By the age of fifteen he was famous throughout Knaresborough, which had grown quite proud of him. He had also learned to play the violin and was soon being asked to play at weddings and in the local pub on a regular basis. In 1732, he was officially offered the post of fiddler at Harrogate. Amid many more adventures and events, he even acted as a guide for strangers to the area. He fell in love with Dorothy Benson, who returned his advances. However, Dorothy’s father was not keen on the match and arranged for Dorothy to marry a sighted man. But Jack and Dorothy had other ideas and plans. Were Jack and Dorothy’s plans successful or did Dorothy’s father win the day and ruin their lives forever? You’re invited to download and read the whole story of “BLIND JACK OF KNARESBOROUGH” and the many eventful and groundbreaking events that made up the rest of his life.