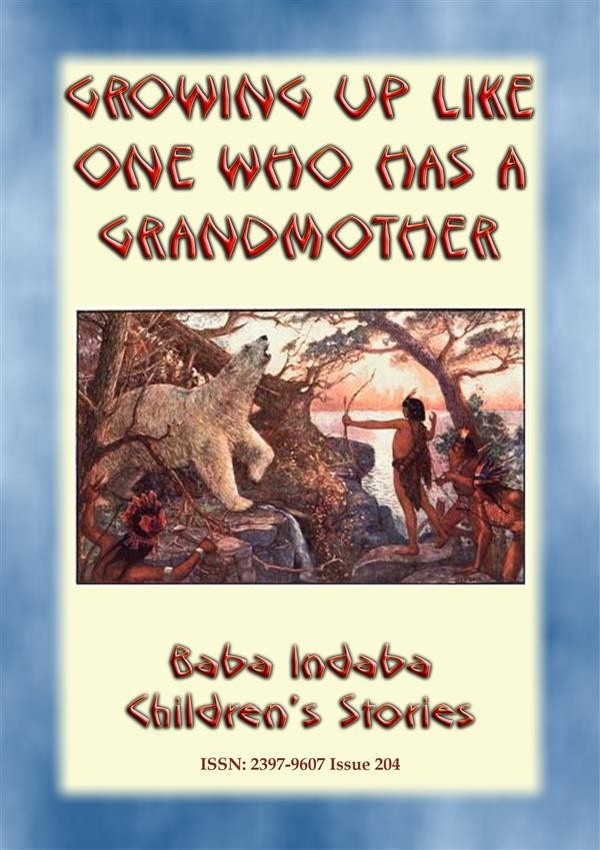 ISSN: 2397-9607 Issue 204
In this 204th issue of the Baba Indaba’s Children's Stories series, Baba Indaba narrates the American-Indian folktale about “GROWING UP LIKE ONE WHO HAS A GRANDMOTHER.”
Long ago on the North West coast of the USA, a boy was growing up with his grandmother. His mother and father had passed on not long after his birth. In order to improve his and his grandmother’s lot in life, he tried entering a number of competitions in which usually only older boys and young braves are allowed to compete. The chief sets the first completion. He said 'There is a great piece of copper hanging from that tree. The first young man to knock it down shall marry my daughter.'
The chief sees the boy being pushed aside by those older than him and gives instructions that he be allowed to compete. Begrudgingly the older boys allow this to happen.
The boy goes down to the river to select pebbles for throwing. He meets a stranger who selects the pebbles for him and gives instructions for the throwing order. The boy is the only one to stike the copper object.
Considered too young to marry the chief’s daughter, another, harder, challenge is set. But the boy wins this too which does not please the young men too much. As such, they begin to ostracise him and his grandmother.
You’re invited to download and read the whole story of “Growing Up like One Who has a Grandmother” and find out what happens to the young boy. Does he survive? And what becomes of the princess and his grandmother?