BEAUTY AND THE BEAST - A Classic Fairy Tale 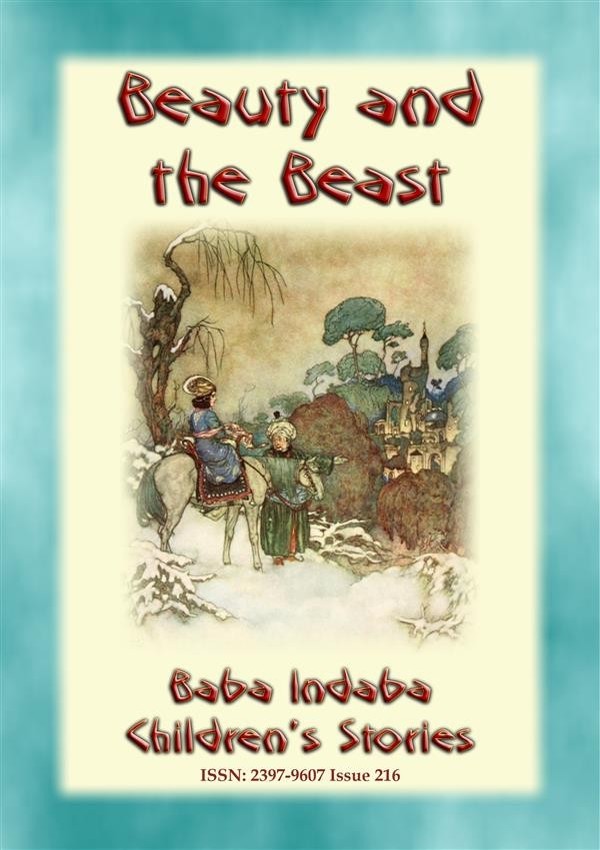 BEAUTY AND THE BEAST - A Classic Fairy Tale

ISSN: 2397-9607 Issue 216
In this 216th issue of the Baba Indaba’s Children's Stories series, Baba Indaba narrates the European story of Beauty and the Beast.
Beauty’s father, a merchant, has a run of bad fortune, he loses all his ships in storms at sea, their house burns down and they lose almost all their possessions and are forced to move to cheaper dwellings, a small country in the cottage.

One day a messenger arrives saying, against the odds, one ship has survived and Beuaty’s father was to hasten to the port at once. But things were not as optimistic as he had hoped. He returns home in the middle of winter just as broke as he was before.
With night overtaking him as he trudged home through the snow, he mistakenly takes a wrong path and he found himself in an avenue of trees, at the entrance of which he halted and rubbed his eyes. For no snow had fallen in this avenue, and the trees were tall orange-trees, planted in four rows and covered with flowers and fruit. At the end of the avenue, straight in front of him, rose a magnificent castle in many terraces. The merchant rode around to the stable courtyard, which he found empty; and there, with half-frozen hands, he unbridled and stabled his horse. Within the doorway he found a staircase of agate with balusters of carved gold. He mounted it and passed through room after room, each more splendidly furnished than the last. They were deliciously warm, too, and he began to feel his limbs again. But he was hungry.

Feeling wary he sits on a comfortable chair and presently dozes off. A while later hunger pains awaken him and he opens his eyes to see a table with meats and wines upon it. Having fasted for more than twenty-four hours, and lost no time in falling-to. He hoped that he might soon have sight of this most hospitable entertainer, whoever he might be, and an opportunity of thanking him. No sooner had he given fancy to the thought than a hideous Beast appeared who started reaching out towards him……..
You are invited to download and read the story of Beuaty and the Beast. Find out what the outcome of the merchant’s encounter with the Beast was?