THE DISINHERITING OF A SON - A Ghostly tale from Old England 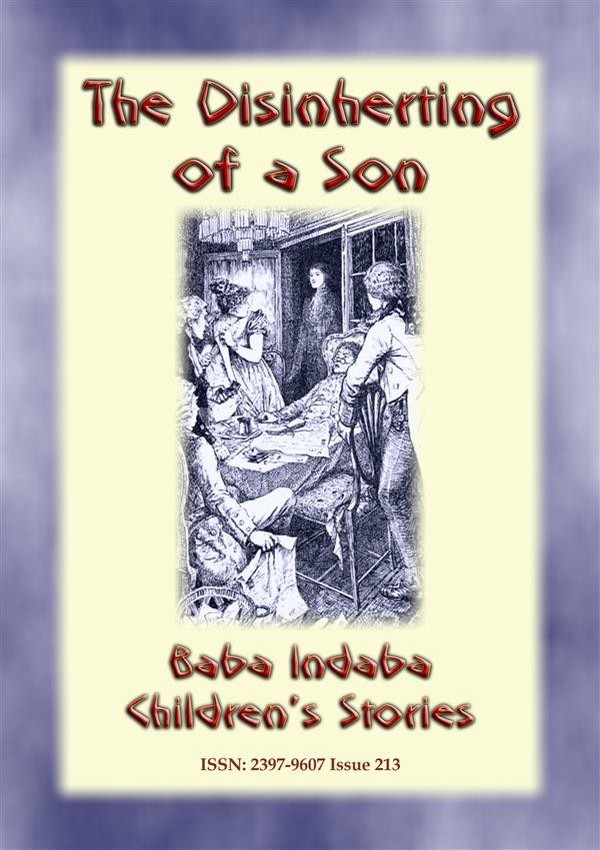 THE DISINHERITING OF A SON - A Ghostly tale from Old England

ISSN: 2397-9607 Issue 213
In this 213th issue of the Baba Indaba’s Children's Stories series, Baba Indaba narrates the Old English story about the Disinheriting of a Son.
A long time ago in old England, a man marries a wealthy woman. She dies in childbirth early in the marriage leaving her husband and two children to inherit her fortune. In order to find a wife to be mother to his children, the widower marries again. However, the new wife has a mean temper and is a spendthrift, working her way through the children’s inheritance. When she began to have babies of her own things became even more difficult.

The eldest son, now a young man goes to his father and asks him for an allowance to be granted from his inheritance. But the money is gone and all that is left is the estate. Realising he must make his own way in life, he goes off in search of his own fortune.
When time has passed and the parents have not heard from the son, the stepmother insists he be declared dead so that her children can be made heirs so that they inherit the estate instead. And that’s when strange things begin to happen…… Did they frighten the wife or make her more determined to snatch away what was not hers.

You are invited to download and read the story of to find out what sort of strange goings on occurred and if the wicked wife was successful.
Baba Indaba is a fictitious Zulu storyteller who narrates children's stories from around the world. Baba Indaba translates as "Father of Stories".