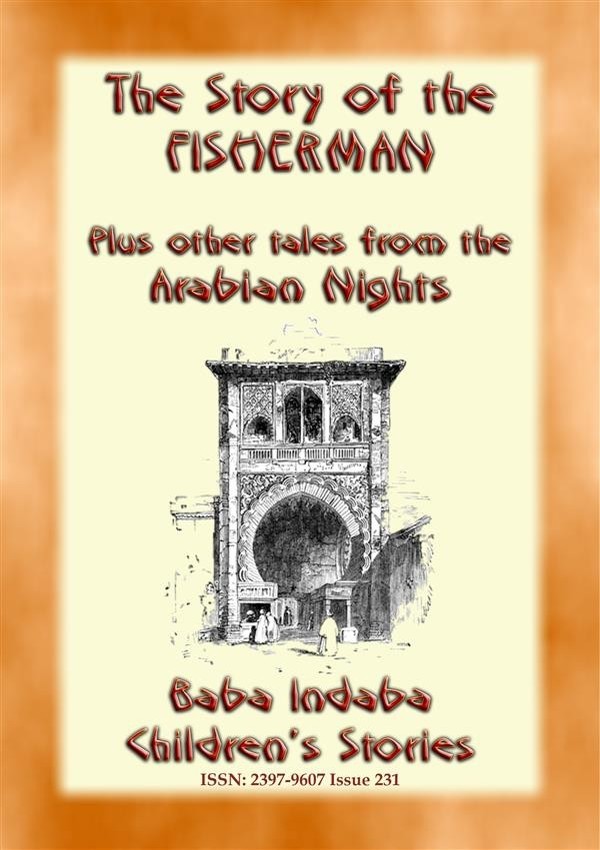 In The Story of the Fisherman Baba tells how a poor fisherman unexpectedly hauls in the carcass of an ass in his nets. Even though his catch was worthless he gave praise to God for his ability to work and catch fish. First, he brought the carcass ashore and laid it out to dry thinking the skin may be of value and returned to his fishing.

On the second cast of his nets he found them to be even heavier than the first and found a large jar, full of sand and mud. On the third cast, he drew out a quantity of broken jars and pots. When he attempted to draw up the fourth cast, he could not, for it clung to the bottom.
Still, he worked away at the nets and found in it a brass bottle with a stopper of lead, bearing the impression of the Suleymán the Great. Thinking to sell it in the copper-market for ten pieces of gold. He picked at the lead stopper until he had extracted it. He shook it so that its contents might pour out; but was greeted with a cloud of smoke, which ascended skyward.

After a little while, the smoke condensed, and then became agitated, and converted into an 'Efreet (Genie), whose head was in the clouds, while his feet rested upon the ground.

And so begins the story of the fisherman and the genie which takes many twists and turns along the way with altogether surprising results. And just what are they you ask? And what of the other stories you ask? Well, you’ll just have to download and read the full story to find out what they’re about and how they relate to The Story of the Fisherman .

Baba Indaba is a fictitious Zulu storyteller who narrates children's stories from around the world. Baba Indaba translates as "Father of Stories".
Each issue in the Baba Indaba Children’s Stories series has a "WHERE IN THE WORLD - LOOK IT UP" section, where young readers are challenged to look up a place on a map somewhere in the world. The place, town or city is relevant to the story. HINT - use Google maps.
It is our hope that in looking up these place names using Google Maps, that young people will be able to see the images and read about other peoples and cultures from around the world. Through this, it is also our hope that young people will not only increase their understanding of world geography, but also increase their understanding and tolerance of other people and their cultures.