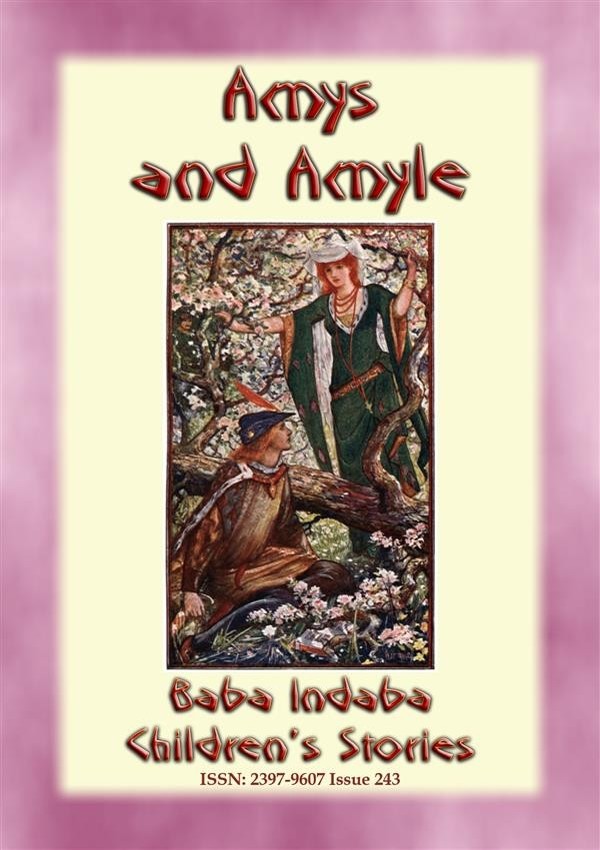 SSN: 2397-9607 Issue 243
In this 243rd issue of the Baba Indaba’s Children's Stories series, Baba Indaba narrates the story of Amys and Amyle, two knights who lived in Lombardy a long, long time ago. Their wives were the best friends in the world.
From the moment they could walk they were never seen apart; if they ever did quarrel no one ever heard it; and by the time they were twelve years old they had grown so like each other that even their parents could hardly tell the difference between them.
It was in their twelfth year that the duke, their liege lord, bade all his vassals to a great festival to be held in his castle, and the boys went with their fathers. The boys, who were merry little fellows, entertained many and played many pranks. The duke was entranced he declared that they must remain at the court with him.
At first the boys felt unhappy in this strange new world, and became closer than ever. They learned how to shoot at a mark and tilt at a ring and to sing sweet love-songs.
When Amys and Amyle were eighteen years old, they were considered men and able to cross lances with the bravest. They swore oaths which made them brothers in arms, and obliged them to fight for each other and avenge each other’s wrongs. Later, much later they competed in their first tournament after which they were knighted and given high posts in the Duke’s court. Some were jealous at their rapid promotion and began spreading rumours about them.
But what happened to Sir Amys and Sir Amyle you ask? Were they outmanoeuvred by their political opponents or did they live happily ever after? Well, you’ll just have to download and read the story to find out. Wont you!