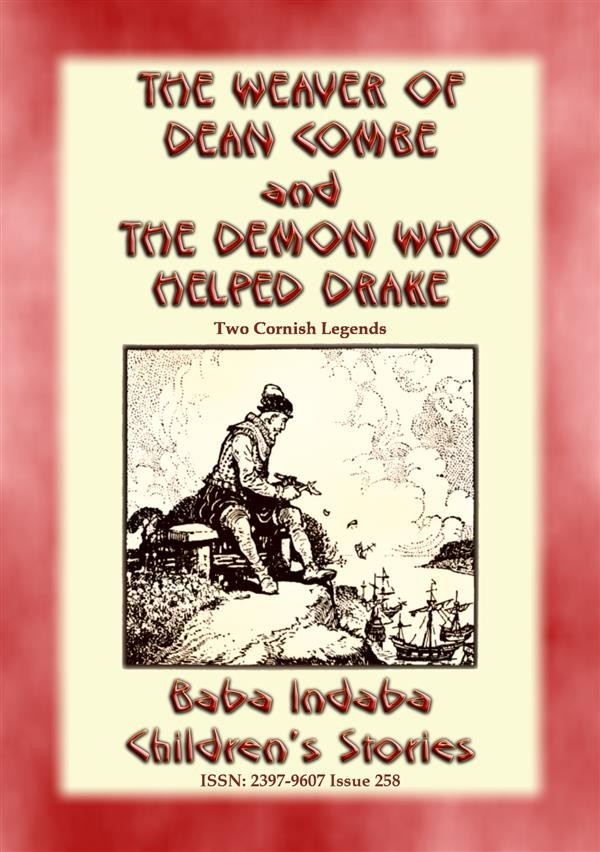 ISSN: 2397-9607 Issue 258
In this 258th issue of the Baba Indaba’s Children's Stories series, Baba Indaba narrates the two Cornish legends of “THE WEAVER OF DEAN COMBE and THE DEMON WHO HELPED DRAKE”
In the first legend, Baba tells us of THE WEAVER OF DEAN COMBE. According to the legend, hundreds of years ago, there was living in the neighbouring hamlet of Dean Combe a wealthy weaver named Knowles. He was famous throughout those parts of Devon for his skill and industry. But in due course he died and was buried.
On the day after the funeral, hearing a strange noise, Knowles' son ran to his father's work-room, where, to his alarm, he saw the dead man seated at his loom working away just as he had done day after day, year after year, in life. In terror the young man fled from the house, and sought the parson of Dean Prior.
But HOW did this come to be, you may well ask? Well you’ll have to download and read the story to find out.

In THE DEMON WHO HELPED DRAKE, we are told that not all the demons, of whom the old West Country folks tell, were evil spirits. Some, like that one who helped Sir Francis Drake, worked good magic for the benefit of those to whom they attached themselves.
To Drake's demon a number of good deeds are attributed. One story they tell of him is of those days when the news of the fitting out of the mighty Spanish Armada had caused a thrill of apprehension to sweep through the country.
What did this demon do? Well you’ll have to download and read the story to find out.