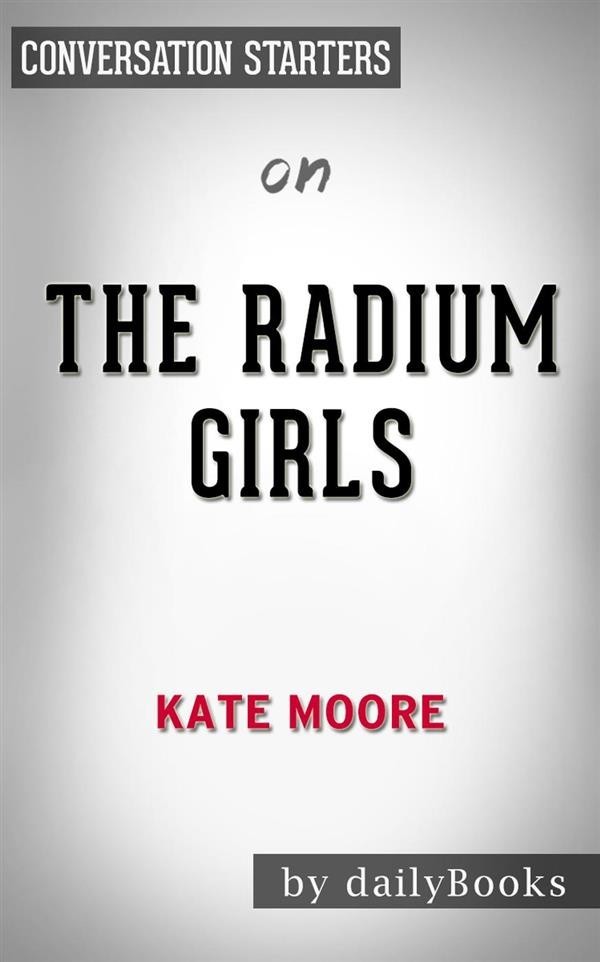 The Radium Girls, the newest novel release from author Kate Moore, is the story of the women who worked in radium-dial factories in the United States. The radium they use to paint the numbers on the faces of watch-dials covers the women from head to toe – with many women even ingesting the chemical. The radium causes these women to glow. Slowly, the women begin to fall ill with mysterious symptoms such as wounds that will not heal and bones that deteriorate. There seems to be no one on their side as they sue the companies for their illnesses. Eventually, the women would go on to set the standard for the rights of workers in the United States in the 20th century.

The Radium Girls became a bestseller for The New York Times, The Wall Street Journal, and USA Today. It has been called “haunting” by NPR.