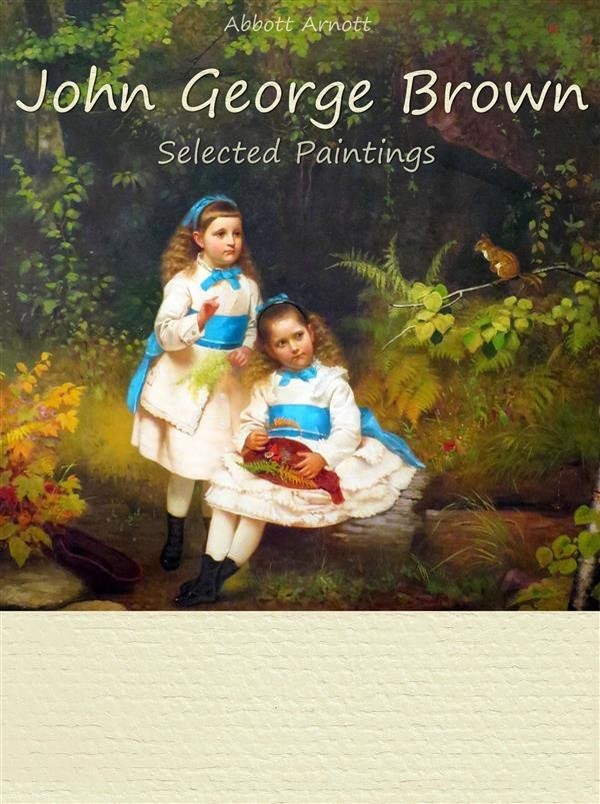 John George Brown (1831 – 1913) was a British citizen and an American painter born in Durham, England on November 11, 1831. His parents apprenticed him to the career of glass worker at the age of fourteen in an attempt to dissuade him from pursuing painting. He studied nights at the School of Design in Newcastle-on-Tyne while working as a glass cutter there between 1849 and 1852 and evenings at the Trustees Academy in Edinburgh while working at the Holyrood Glass Works between 1852 and 1853. After moving to New York City in 1853, he studied with Thomas Seir Cummings at the National Academy of Design where he was elected a National Academician in 1861. Brown was the Academy's vice-president from 1899 to 1904.
Around 1855, he worked for the owner of the Brooklyn Glass Company, and later he married the daughter of his employer. His father-in-law encouraged his artistic abilities, supporting him financially, letting Brown pursue painting full-time.[1] In 1866, he became one of the charter members of the Water-Color Society, of which he was president from 1887 to 1904. Brown became famous for his depictions of street urchins found on the streets of New York.
Brown's art is best characterized as British genre paintings adapted to American subjects. Essentially literary, Brown's paintings are executed with precise detail, but poor in color, and more popular with the general public than with connoisseurs.