A Descent into the Maelström 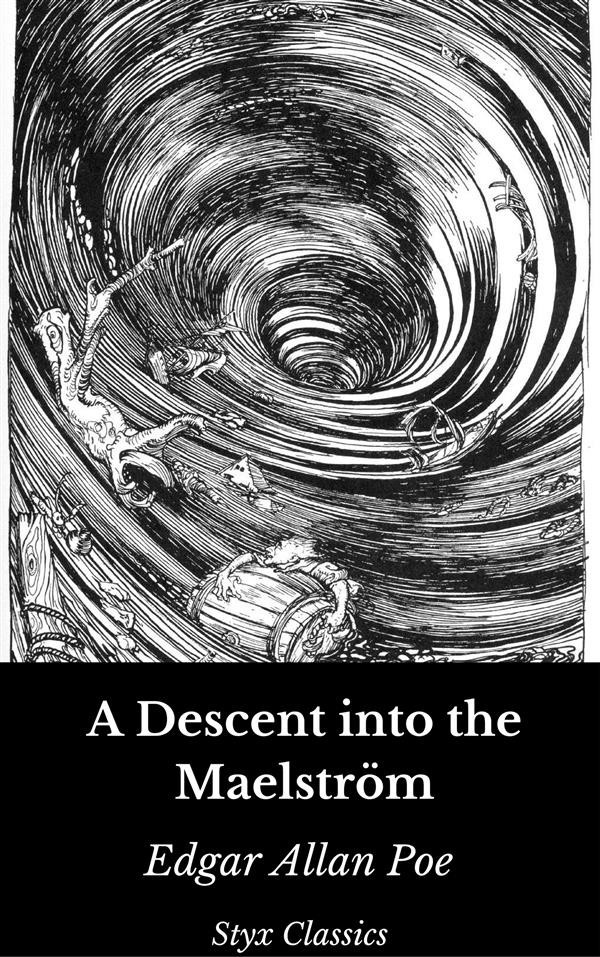 A Descent into the Maelström

Inspired by the Moskstraumen, it is couched as a story within a story, a tale told at the summit of a mountain climb. The story is told by an old man who reveals that he only appears old - "You suppose me a very old man," he says, "but I am not. It took less than a single day to change these hairs from a jetty black to white, to weaken my limbs, and to unstring my nerves." The narrator, convinced by the power of the whirlpools he sees in the ocean beyond, is then told of the "old" man's fishing trip with his two brothers a few years ago.