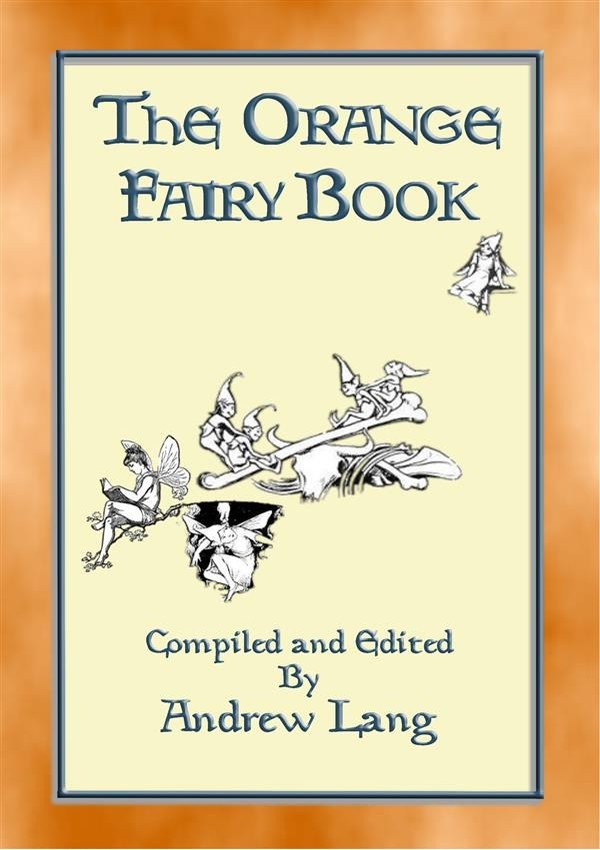 Germany and Europe had the Grimm Bothers and the UK and English speaking nations had Andrew Lang. Here is his ORANGE FAIRY BOOK, yet another volume in his Many Coloured Fairy Book series. This extraordinary volume contains 33 old and forgotten folk and fairy tales including stories like The Magic Mirror, The Ugly Duckling, The Goldsmith’s Fortune, The Enchanted Wreath, The Clever Cat and many, many more. These stories originate from Jutland, Rhodesia/Zimbabwe, Uganda, India, Scotland, Denmark and various European countries.
The stories are brought to life by illustrations from H J Ford. Herein are 8 full page colour plates, 19 full page pen and ink drawings and a further 33 in-text vignettes.

There was a time when the president of the Folk Lore Society believed it was not acceptable for the editors of the day, in particular Mr Andrew Lang and Mr. Joseph Jacobs, to publish fairy books. Their reply was that they did not see any harm in it, and they were ready to 'put themselves on their country,' and be tried by a jury of children.  And so they were proving the President of the FLS wrong.
This book also contains many references to fairies. As to whether there are really any fairies or not, is a difficult question.  Andrew Lang never saw any himself, but he knew several people who have seen them-in the Highlands-and heard their music.  If ever you are near Nether Lochaber, go to the Fairy Hill, and you may hear the music your-self, as grown-up people have done, but you must go on a fine day.
If fairies really do not exist, why do so many people believe in them, the world over?  The ancient Greeks, the old Egyptians, the Hindus, the Chinese, the Africans and even the Native Americans claim to have seen them and it is unlikely that so many different peoples would have seen and heard them?

The Editor cannot say 'good-bye' without advising children, as they pursue their studies, to read The Rose and the Ring, by the late Mr. Thackeray.  He believes this book is quite indispensable in every child's library, and parents should be urged to purchase it at the first opportunity, as without it no education is really complete.