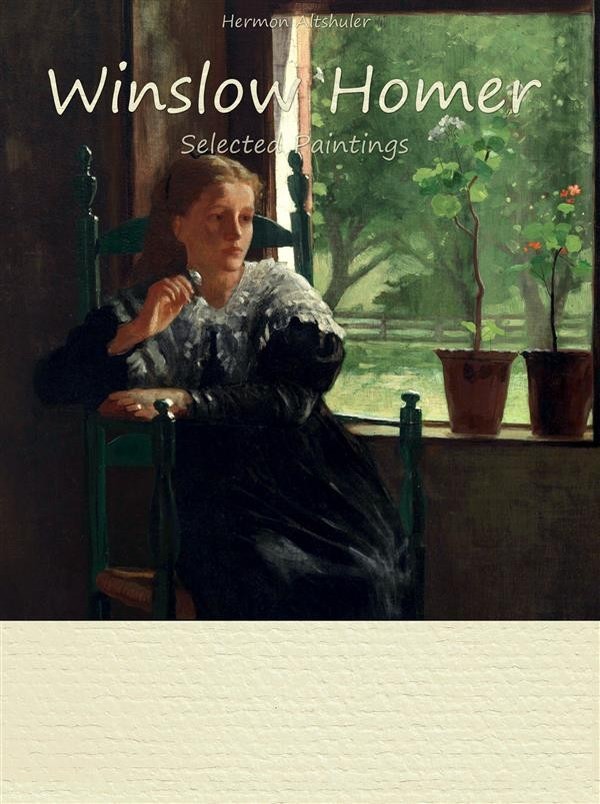 Winslow Homer was American painter, illustrator and etcher. He was born in Boston, Massachusetts, in 1836, the second of the three children, all sons, of Henrietta Benson and Charles Savage Homer. His artistic education consisted chiefly of his apprenticeship to the Boston commercial lithographer John H. Bufford, and a few lessons in painting from Frédéric Rondel after that. Following his apprenticeship, Homer worked as a free-lance illustrator for such magazines as Harper's Weekly.
In 1859 he moved to New York City, where began his career as a painter.In 1861 Homer was sent to the Civil War battlefront as correspondent for Harper's Weekly, his work winning international acclaim. Many of his studies of everyday life, such as Snap the Whip (1872, Metropolitan Museum of Art, New York), date from the postwar period, during which he was a popular magazine illustrator.
In 1876, Homer abandoned illustration to devote himself to painting. He found his inspiration in the American scene and, eventually, in the sea, which he painted at Prouts Neck, Maine, in the summer and in Key West, Fla., or the Bahamas in the winter. After 1884 he lived the life of a loner. Homer died in his Prout's Neck studio on September 30, 1910.
Although Homer excelled above all as a watercolourist, his oils and watercolours alike are characterized by directness, realism, objectivity, and splendid colour. His powerful and dramatic interpretations of the sea in watercolour have never been surpassed and hold a unique place in American art. They are in leading museums throughout the United States.