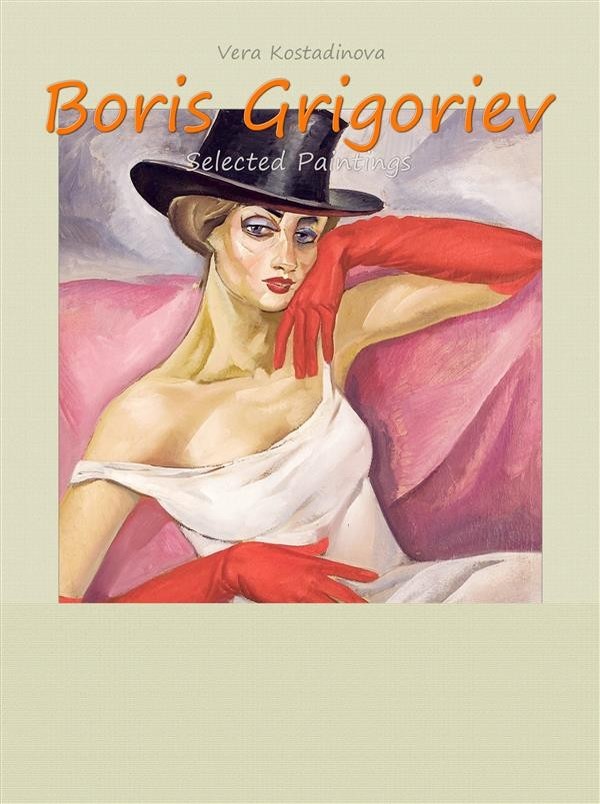 Boris Grigoriev (1886 – 1939) was a famous Russian painter, graphic artist and writer. In the 1910’s Boris Grigoriev was considered to be one of the most highly-paid and impressive Russian portrait-painters. Later in the 1920’s while working in America he handled to keep this position. The artist painted many of portraits of almost all representatives of Russian intellectuals of those days, namely Chaliapin F.I., Dobuzhinskiy M.V., Roerich N.K., Klyuev N.A., Gorky M.M., Shestov L.I., Rozanov V.V., Brick L. and Kerensky A.F. Grigoriev also created the genre scenes of Paris, New York and Santiago, landscapes of Europe, North and South America. Grigoriev created illustrations for books of A.S. Pushkin, F.M. Dostoyevsky, M.E. Saltykov-Shedrin, I.S. Turgenev, M. Gorky, V. Kamnsky and S. Cherniy. His work was exhibited widely in Rome, London, Milan, Paris, Boston and New York. Boris Grigoriev was also known as an author. He wrote several books under the pen-name of Boris Grie.
Boris Grigoriev was born in Rybinsk in a family of а bank governor and studied at the Stroganov Art School from 1903 to 1907. He went on to study at the Imperial Academy of Arts in Saint Petersburg under Aleksandr Kiselyov, Dmitry Kardovsky and Abram Arkhipov from 1907 to 1912. Grigoriev began exhibiting his work in 1909 as a member of the Union of Impressionists group, and became a member of the World of Art movement in 1913. At that time he also wrote a novel, Young Rays.
Grigoriev lived for a time in Paris, where he attended the Académie de la Grande Chaumière. In Paris he was strongly influenced by Paul Cézanne.
After his return to Saint Petersburg in 1913, he became part of the Bohemian scene in St. Petersburg and was close to many artists and writers of the time, such as Sergey Sudeykin, Velimir Khlebnikov and the poet Anna Akhmatova, often painting their portraits.
Grigoriev was also interested in the Russian countryside, its peasants and village life. From 1916 to 1918 he created a series of paintings and graphic works, Russia, depicting the poverty and strength of the Russian peasantry and village life. The alboum was started by a Grigoriev's poem To her Stepsons.The alboum won a praise from influential art-critic Alexandre Benois. According to Benois, Grigoriev had shown the very essence of Russia in the period before the revolutionary upheaval.
From 1919, Grigoriev travelled and lived abroad in many countries including Finland, Germany, France, the USA, Central and South Americas.