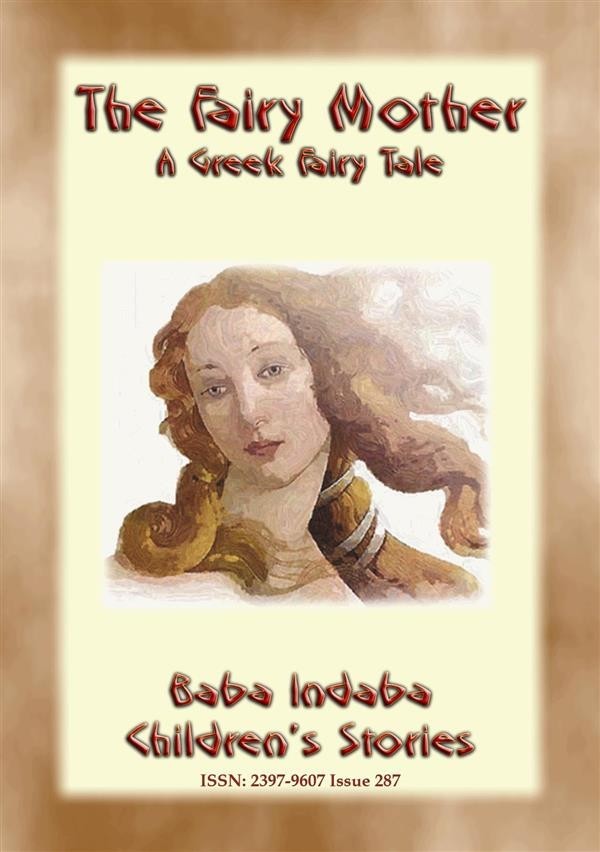 ISSN: 2397-9607 Issue 287
In this 287th issue of the Baba Indaba’s Children's Stories series, Baba Indaba narrates the Greek fairy tale – “THE FAIRY MOTHER”.
Many years ago on the island of Crete, or Creta, a young boy named Kapetanakis was orphaned. From the time that he was quite young, he would climb to the highest hill of the Pseloretes, named Thanatorahe or Death's Hill, where he would sit for hours playing his lyre under the deep-blue Cretan sky and gazing down at the gray-blue sea that gives to Crete its name of the Blue Island. Sometimes the maidens of the village would leave their work to listen to his music which filled all the lands of Crete. The villagers might have supposed him an eagle, so high would he sit on the Thanatorahe, but they all knew him and gave him not a moment's thought.

One noon in autumn while he was lying half asleep in the dark shadows of the fir trees near the Onerovreshe, the Spring of Dreams, he heard singing, the music of flutes and the throbbing of a drum from somewhere among the hills. He sat up. "Perhaps," he thought, "someone is coming to me at last and I shall not be lonely anymore." The sounds drew nearer and he saw to his amazement three strange maidens, with long veils that sparkled with gems. Their dresses were of some silvery, silken fabric and their golden sandals were adorned with jewels whose gleam seemed to flash to the opposite shore.

This again happened and on the third day, Kapetanakis chased and caught the garment of one of the maidens and found himself confronted by a woman of exquisite beauty. Caught by a mortal, the fairy maiden consented to become his wife.

But can mortals and magical beings really co-exist, for it is written that they should never live in each other’s worlds? Here then is the story of Kapetanakis and his fairy wife Agnoste and their life in the hills of Crete.

Did Agnoste’s family come back for her? And what of Kapetanakis? Could his fairy love really leave him behind? Well, you’ve have to download and read this story to find out for yourself.