THE STORY OF BENSURDATU - A Children’s Fairy Tale from Sicily 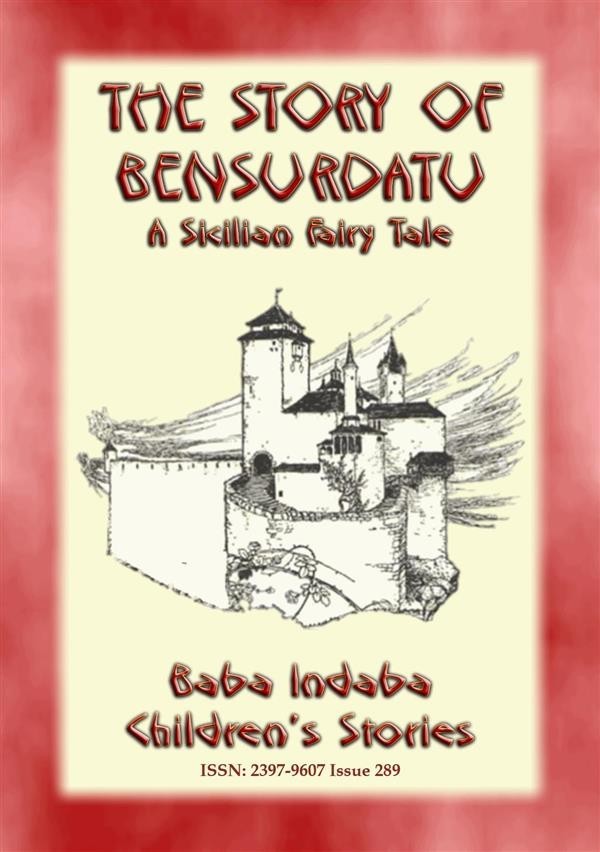 THE STORY OF BENSURDATU - A Children’s Fairy Tale from Sicily

Long ago in far away Sicily, there was once a king and a queen who had three wonderfully beautiful daughters, and their one thought, from morning till night, was how they could make the girls happy.

One day the princesses asked permission from the king to have a picnic in the country. The king agreed and gave orders that everything should be got ready. On the day the royal family stepped into a carriage and drove right away into the country. After a few miles they reached their favourite place for picnic lunches. The drive had made them very hungry, and they ate with a hearty appetite, till almost all the food had disappeared.

When they had quite done, they said to their parents that they were going to explore the garden, and they ran off, laughing, down a green glade, which led to the garden. No sooner had they stepped across the fence, than a dark cloud came down and covered them, and prevented them seeing where they were going.
Frightened at the sudden silence, their king, queen and royal staff searched every corner of the garden, the house, and the neighbouring wood, but no trace of the girls was to be found anywhere. The earth seemed to have swallowed them up. The poor parents were in despair and the queen wept all the way home, and for many days after. The king issued a proclamation that whoever should bring back his lost daughters should have one of them to wife, and should, after his death, reign in his stead.

First two young and upcoming army officers went in search of the girls and they too never returned and many months went by with no word. Now there was living in the palace a faithful servant of the king's called Bensurdatu, who had served him for many years, and when Bensurdatu saw how grieved the king was, he lifted up his voice and said to him:
'Your majesty, let me go and seek your daughters.'
At first the king refused but seeing no alternative, relented. This story recounts the adventures, triumphs and betrayal that Bensurdatu experienced on his search for the princesses.