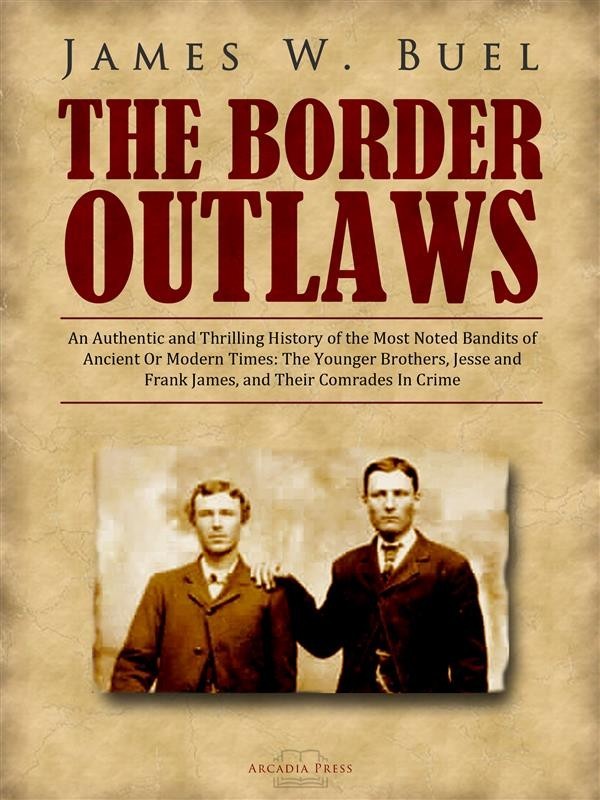 An authentic history of the desperate adventures of the four Younger Brothers has become a necessity.
Their lives require no romantic or exaggerated shading to make the narrative remarkable. Their deeds are as prominent in the archives of guerrilla warfare as their names are familiar on the border. But with a comprehension of the morbid appetites of many readers, newspaper and pamphlet writers have created and colored crimes with reckless extravagance, and then placed upon them the impress of the Younger Brothers, because the character of these noted guerrilla outlaws made the desperate acts credited to them not improbable. The difficulties encountered in procuring facts connected with the stirring escapades of the outlaw quartette, have heretofore been overcome by imaginative authors and correspondents, giving in minute detail incidents with which their creative genius is at all times well supplied. These remarks are not intended to disparage the merit of any contributor to the annals of border history, but rather to excite a proper suspicion on the part of the public against a too ready belief of every adventure, fight or robbery charged to the Younger Brothers.
The part they acted during the great civil strife has, undoubtedly, been truthfully told, but their career since the close of that dreadful drama has been, in a great measure, elaborated by imagery, until it is difficult for those unacquainted with the facts, to conclude which record is true and which created.