THE MAID WITH HAIR OF GOLD - A European Fairy Tale 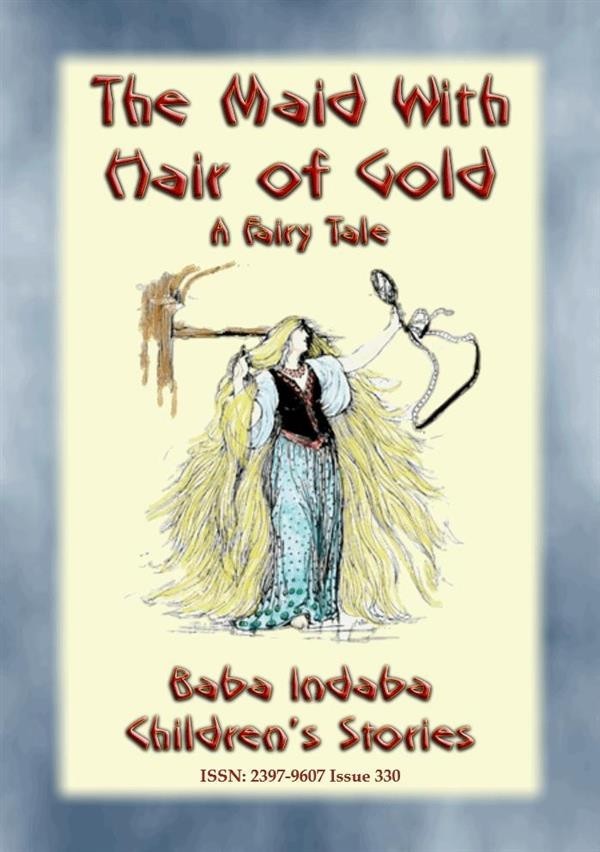 THE MAID WITH HAIR OF GOLD - A European Fairy Tale

ONCE upon a time, long, long ago and far, far away, there was once a king so wise and clever that he understood the language of all animals. In this story you shall hear how he gained this power.

One day an old woman came to the palace and said, “I wish to speak to his majesty, for I have something of great importance to tell him.” When admitted to his presence she presented him with a curious fish, saying, “Have it cooked for yourself, and when you have eaten it you will understand all that is said by the birds of the air, the animals that walk the earth, and the fishes that live under the waters.”
The king was delighted to know that which everyone else was ignorant of, so he rewarded the old woman generously, and told a servant to cook the fish very carefully.
“But take care,” said the monarch, “that you do not taste it yourself, for if you do you will be killed.”
George, the servant, was astonished at such a threat, and wondered why his master was so anxious that no one else should eat any of the fish. Then examining it curiously he said, “Never in all my life have I seen such an odd-looking fish; it seems more like a reptile.
George tasted the fish and then began to hear voices, but where did they come from?

One day he hears voices quarrelling over three golden hairs. One hair is dropped and when it hit the ground it fell with such a clang as you had never before heard. What was it made of to make such a sound? Who did it belong to? George sets out on a quest to find out for himself. Did George find what he was seeking or is he still somewhere in the world on his quest for the Maid With The Golden Hair?
To find the answers to these questions, and others you may have, you will have to download and read this story to find out!