KATCHA AND THE DEVIL - A European Fairy Tale 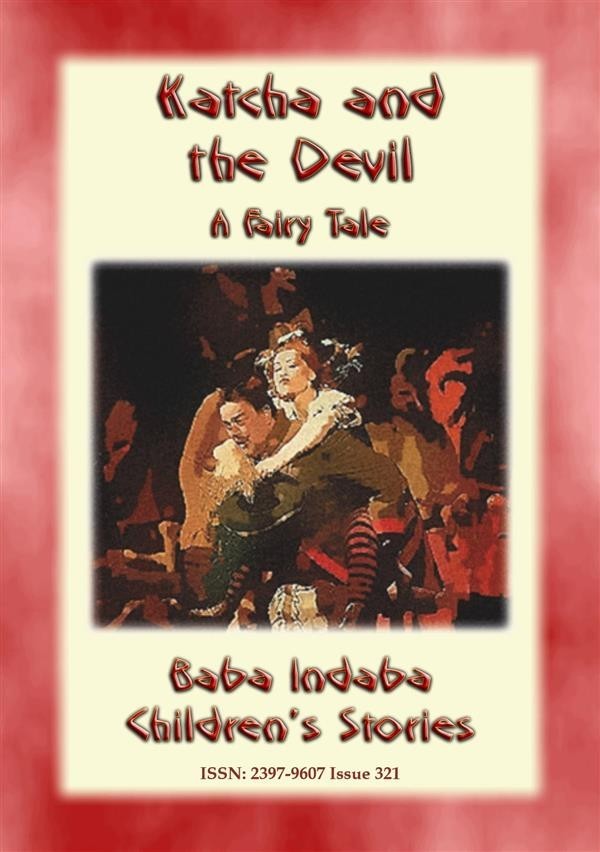 KATCHA AND THE DEVIL - A European Fairy Tale

ONCE upon a time, long, long ago and far, far away, there was once a woman named Katcha who lived in a village where she owned her own cottage and garden. She had money besides but little good it did her because she was such an ill-tempered vixen that nobody, not even the poorest laborer, would marry her. Nobody would even work for her, no matter what she paid, for she couldn't open her mouth without scolding, and whenever she scolded she raised her shrill voice until you could hear it a mile away. The older she grew the worse she became until by the time she was forty she was as sour as vinegar.

Now as it always happens in a village, every Sunday afternoon there was a dance either at the burgomaster's, or at the tavern. As soon as the bagpipes sounded, the boys all crowded into the room and the girls gathered outside and looked in the windows. Katcha was always the first at the window. The music would strike up and the boys would beckon the girls to come in and dance, but no one ever beckoned Katcha.

One Sunday afternoon as she was hurrying to the tavern she thought to herself: "Here I am getting old and yet I've never once danced with a boy! Plague take it, to-day I'd dance with the devil if he asked me!" Suddenly a stranger in hunter's green came in. He sat down at a table near Katcha and ordered drink. When the serving maid brought the beer, he reached over to Katcha and asked her to drink with him. At first she was much taken back at this attention, then she pursed her lips coyly and pretended to refuse, but finally she accepted…….

Just who was Katcha about to dance with? Was it the devil himself? When the devil grants a favour, there’s always a price to pay. Just what will the devil’s price be for Katcha? But, has the devil bitten off more than he can chew with Katcha? Well to find the answers to these questions, and others you may have, you will have to download and read this story to find out!