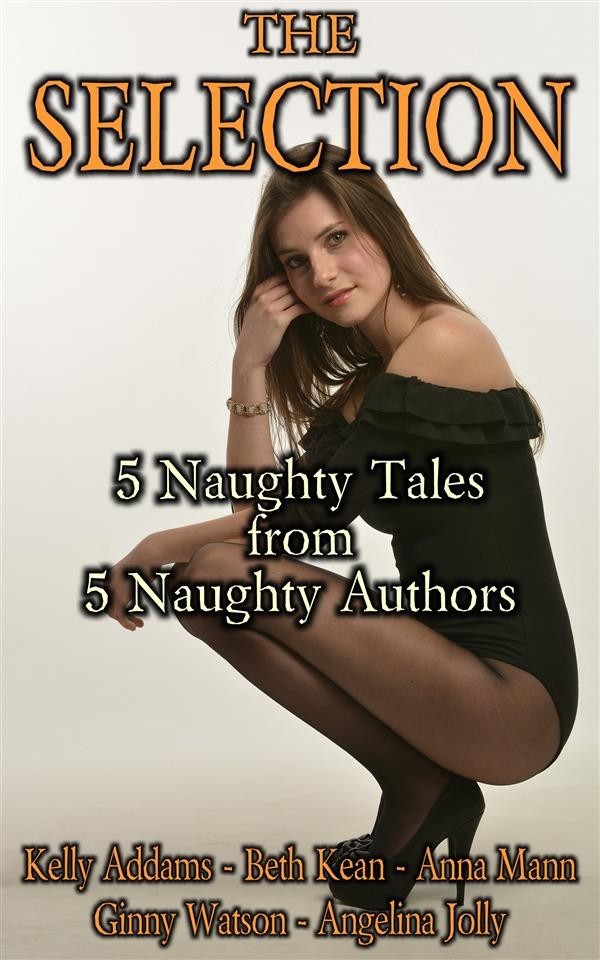 5 Naughty tales from 5 Naughty authors.
Five stories chosen by the authors in this massively reduced price publication!
Featuring:
From Kelly Addams - Reba's Secret Lover.
Reba remembers childhood summers spent with her grandparents, and the spooky old house that always terrified her with its strange sounds and sudden chills, but now her grandparents are gone and the house has come to her in their will, surely ghosts don't exist, and even if they did exist, surely they wouldn't be able to touch her? Little does she know that they do exist, they can touch her... and Reba is about to learn a few frightening truths about her ancestors, truths that have been hidden for over two hundred years.

From Beth Kean - Kandie Kaine
Meet Rebecca Caine, aka Kandie Kaine, a sexy webcam performer in demand.
Becky has her future carefully planned because she doesn't want to spend the rest of her life stripping for anonymous strangers. Just two more years, three at the most she has decided, and in that time she will save every penny.
Everything is going well, business is booming, her popularity has never been greater, but popularity also has a downside, especially when she doesn't realise that she has an unstable and obsessed stalker until it is far too late!
A stalker that will stop at nothing to possess her.

And from Angelina Jolly - Sally's Shame
Shy Sally relies on her outgoing best friend Joanne for her confidence, so when Jo suggests they share an apartment, Sally can't wait to move in! Four hunky guys have helped them move in, and whilst unpacking the girls find boxes left behind by the previous tenants, boxes filled with sex toys and bondage gear... suddenly Joanne has a few ideas on how to bring Sally out of her shell!