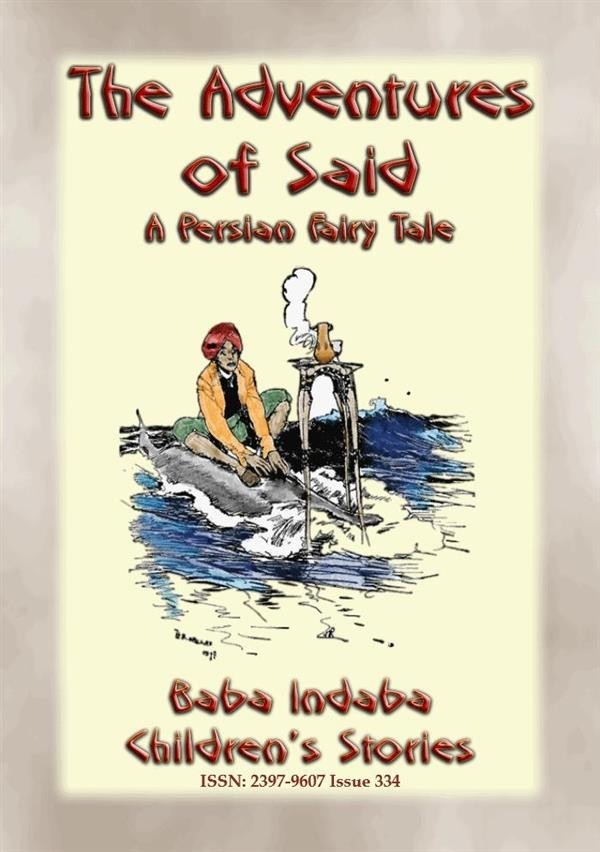 In this 360th issue of the Baba Indaba’s Children's Stories series, Baba Indaba narrates the Fairy Tale "THE ADVENTURES OF SAID”.
Baba Indaba is a fictitious Zulu storyteller who narrates children's stories from around the world. Baba Indaba translates as "Father of Stories".
A long time ago and far, far away, in the time of Haroun Al-Raschid (763AD –809AD), ruler of Bagdad, there lived in Balsora, a man, Benezar by name. His means enabled him to live quietly and comfortably, without carrying on a business or trade. When a son was born to him, he made no change in his manner of living, "For," said he, "what will feed two will feed three." Said, for so they called the boy, soon made a name for himself among his playmates as a lusty fighter, and was surpassed by none in riding or swimming.
When he was eighteen, his father sent him on a pilgrimage to Mecca, and before he started gave him much good advice, and provided him with money for his journey. Lastly he said:
"There is something more I must tell you, my boy. I am not the man to believe that fairies and enchanters, whatever they may be, have any influence over the fate of mankind; that sort of nonsense is only good for whiling away the time; but your mother believed in them as firmly as in the Koran. She even told me, after making me swear never to reveal the secret except to her child, that she herself was under the protection of a fairy. I always laughed at her, but still I must confess that some very strange events happened at your birth. It rained and thundered all day, and the heavens were black with clouds.
"When they told me that I had a little son, I hastened to see and bless my first-born, but I found my wife's door shut, and all her attendants standing outside. I knocked, but with no result. While I was waiting there, the sky cleared just over Balsora, although the lightning still flashed and writhed round the blue expanse. As I was gazing in astonishment at this spectacle, your mother's door flew open and I went in alone. On entering the room, I perceived a delicious odour of roses, carnations, and hyacinths. Your mother Zemira showed me a tiny silver whistle, that was hanging round your neck by a gold chain as fine as silk. 'This is the fairy's gift to our boy,' she said. What happened next you ask…?
Was this a portent of things to come? Would Said complete his pilgrimage to Mecca or would he be prevented from doing so? Would the fairies help him if he was accosted, and just what was the silver whistle for? Well, many things happened on the way to Mecca, some strange, some fun and others serious. To find the answers to these questions, and others you may have, you will have to download and read this story to find out!