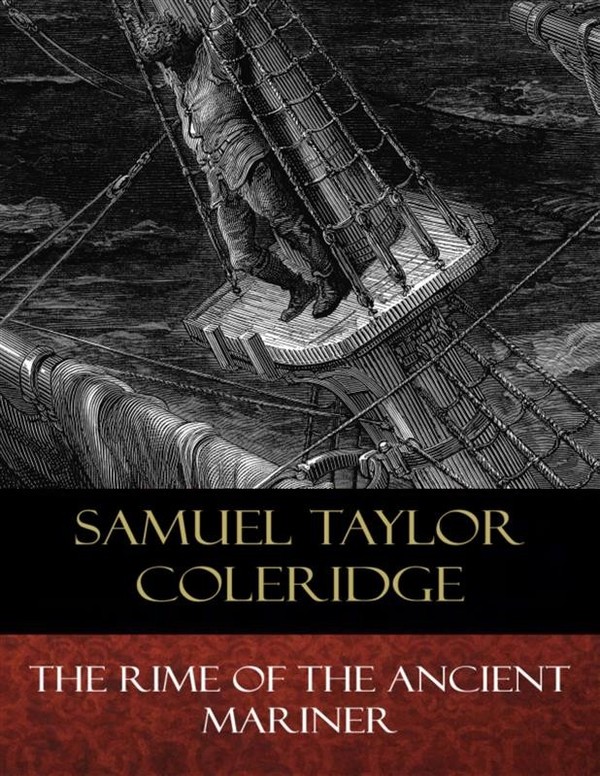 The Rime of the Ancient Mariner is the longest major poem by the English poet Samuel Taylor Coleridge.

The Rime of the Ancient Mariner relates the experiences of a sailor who has returned from a long sea voyage. The mariner stops a man who is on the way to a wedding ceremony and begins to narrate a story. The wedding-guest's reaction turns from bemusement to impatience to fear to fascination as the mariner's story progresses, as can be seen in the language style: Coleridge uses narrative techniques such as personification and repetition to create a sense of danger or serenity, depending on the mood in different parts of the poem.

"The mariner's tale begins with his ship departing on its journey. Despite initial good fortune, the ship is driven south by a storm and eventually reaches Antarctic waters. An albatross appears and leads them out of the ice jam where they are stuck, but even as the albatross is praised by the ship's crew, the mariner shoots the bird.

The crew is angry with the mariner, believing the albatross brought the south wind that led them out of the Antarctic. However, the sailors change their minds when the weather becomes warmer and the mist disappears.

They soon find that they made a grave mistake in supporting this crime, as it arouses the wrath of spirits who then pursue the ship "from the land of mist and snow"; the south wind that had initially led them from the land of ice now sends the ship into uncharted waters near the equator, where it is becalmed."

The poem may have been inspired by James Cook's second voyage of exploration (1772–1775) of the South Seas and the Pacific Ocean; Coleridge's tutor, William Wales, was the astronomer on Cook's flagship and had a strong relationship with Cook. On this second voyage Cook crossed three times into the Antarctic Circle to determine whether the fabled great southern continent existed. Critics have also suggested that the poem may have been inspired by the voyage of Thomas James into the Arctic. "Some critics think that Coleridge drew upon James's account of hardship and lamentation in writing The Rime of the Ancient Mariner."