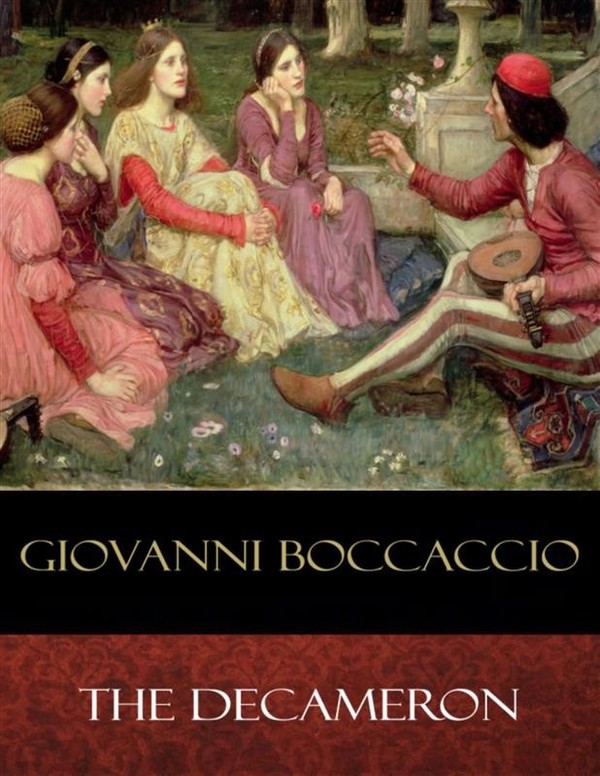 The Decameron, is a collection of novellas by the 14th-century Italian author Giovanni Boccaccio (1313–1375). Faithfully Translated from the Italian by J. M. Rigg (James Macmullen Rigg, 1855-1926).

The book is structured as a frame story containing 100 tales told by a group of seven young women and three young men sheltering in a secluded villa just outside Florence to escape the Black Death, which was afflicting the city. Boccaccio probably conceived the Decameron after the epidemic of 1348, and completed it by 1353.

Tales from romance to the tragic, wit, practical jokes, and life lessons contribute to the mosaic. In addition to its literary value and widespread influence, it provides a document of life at the time. Written in the vernacular of the Florentine language, it is considered a masterpiece of classical early Italian prose.

Giovanni Boccaccio (1313–1375) was an Italian writer, poet, correspondent of Petrarch, and an important Renaissance humanist. Boccaccio wrote a number of notable works, including The Decameron and On Famous Women. He wrote his imaginative literature mostly in the Italian vernacular, as well as other works in Latin, and is particularly noted for his realistic dialogue which differed from that of his contemporaries, medieval writers who usually followed formulaic models for character and plot.