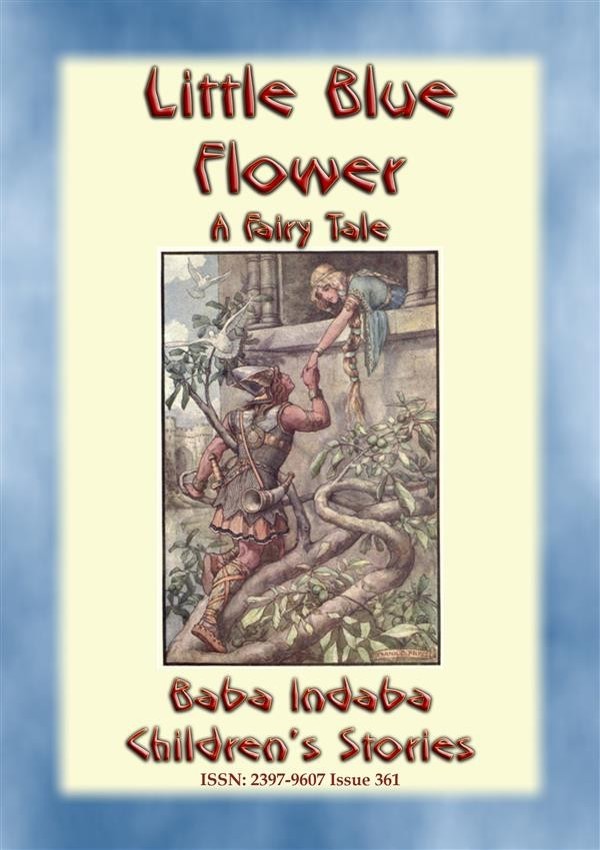 Long ago and far, far away, a stork swept high over the Bohemian forest. It was a most important duty that had brought him from his own marshes into this mountainous region. In his beak he carried two little children, a boy and a girl, both intended for the knight who dwelt in a gloomy fortress. Once he had spotted the fortress, he sank lower and lower he sank towards the earth, until at length he rested on the highest chimney of the castle.

But before letting the children slip down the chimney he paused and looked carefully around. While in the air, this old castle, with its round turrets glittering in the rising sun, had appeared to him a most stately edifice. But now, when quite close, the stork discovered many things that did not please him. The walls were sadly out of repair, there were holes in the roof, whilst the courtyard was overgrown with weeds.
"I do not like this," said the stork, looking thoughtfully down his long, red beak. "This place seems to have a very bad landlord. A knight who cannot keep his castle in proper repair certainly does not deserve two children. I will take one away with me."
"Which should he have now, the boy or the girl?" thought the stork. He looked once more thoughtfully down his long beak, and on the two children smiling happily in their dreams. "I think I will give him the boy," he said at length. "He will push his way in this wretched place better than the girl." With these words he made a movement to throw the little boy down the chimney.

This, however, was not so easy as the stork had thought. In their sleep the little ones had embraced each other, and would not let go. He began to shake them, at first gently, then harder, and at last so roughly that the children awoke from their dreams and looked at each other with blinking eyes. After this the boy would not let go his companion, and no wonder, for the little girl had shown him a pair of blue eyes of such wondrous beauty. But separate them he did.

"Now, what shall I do with the other little thing?" said the stork thoughtfully, scratching the back of his ear. "Ah! I have it," he cried—such eyes can only belong to Norway." His powerful wings clove the air as he sailed away towards the north.
Well what happened to the babe with the beautiful blue eyes? Did the stork complete the journey to Norway and was Little Blue Eyes delivered to loving family?

Did she grow up to become a loving mother? Well many things happened, some strange, some fun and some serious. To find the answers to these questions, and others you may have, you will have to download and read this story and find out for yourself.
Baba Indaba is a fictitious Zulu storyteller who narrates children's stories from around the world. Baba Indaba translates as "Father of Stories".