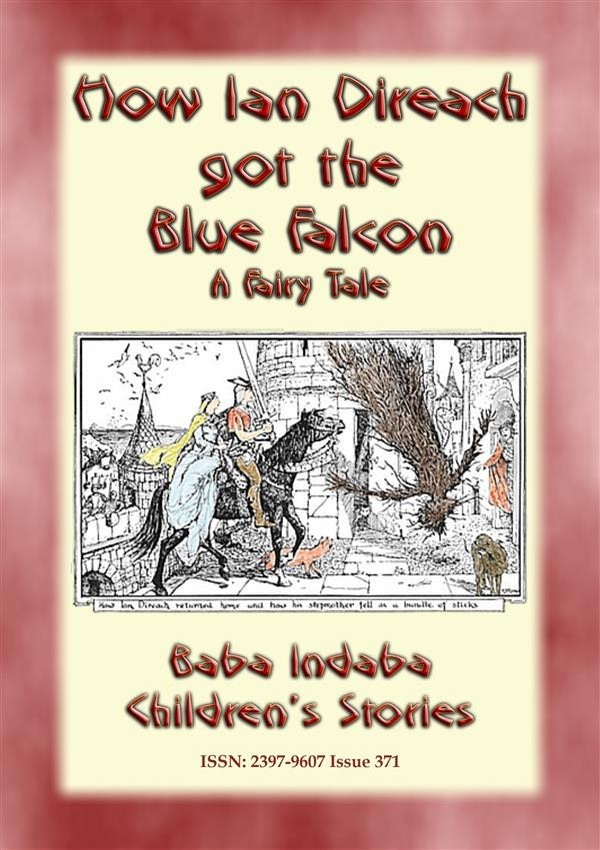 ISSN: 2397-9607 Issue 371
In this 371st issue of the Baba Indaba’s Children's Stories series, Baba Indaba narrates the Fairy Tale " HOW IAN DIREACH GOT THE BLUE FALCON”.

ONCE upon a time, long ago and far away, a king and queen ruled over the islands of the west, and they had one son, whom they loved dearly. The boy grew up to be tall and strong and handsome, and he could run and shoot, and swim and dive better than any lad of his own age in the country. Besides, he knew how to sail about, and sing songs to the harp, and during the winter evenings, when everyone was gathered round the huge hall fire shaping bows or weaving cloth, Ian Direach would tell them tales of the deeds of his fathers.
Ian was almost a man when his mother the queen died. There was great mourning throughout all the isles, and the boy and his father mourned her bitterly also. Before the new year came the king had married another wife, and seemed to have forgotten his first. But Ian remembered.
One autumn morning Ian slung his bow over his shoulder, and filling his quiver with arrows, went in search of game. But not a bird was to be seen anywhere. At length a blue falcon flew past him, and raising his bow he took aim at her. His eye was straight and his hand steady, but the falcon’s flight was swift, and he only shot a feather from her wing. As the sun was now low over the sea he put the feather in his game bag, and set out homewards.
After
‘If it is spells you are laying, I can lay them too,’ answered Ian Direach; ‘and you shall stand with one foot on the great house and another on the castle, till I come back again, and your face shall be to the wind, from wheresoever it shall blow.’ Then he went away to seek the bird, as his stepmother bade him; and, looking homewards from the hill, he saw the queen standing with one foot on the great house, and the other on the castle, and her face turned towards whatever tempest should blow.
Did Ian find the Blue Falcon? Did his stepmother’s curse come to fruition, and what about Ian’s curse on her? What happened on Ian’s journey? Well many things happened, some strange, some silly and some serious. To find the answers to these questions, and others you may have, you will have to download and read this story to find out!