THE BROTHER AND SISTER - A Turkish Children’s Fairy Tale 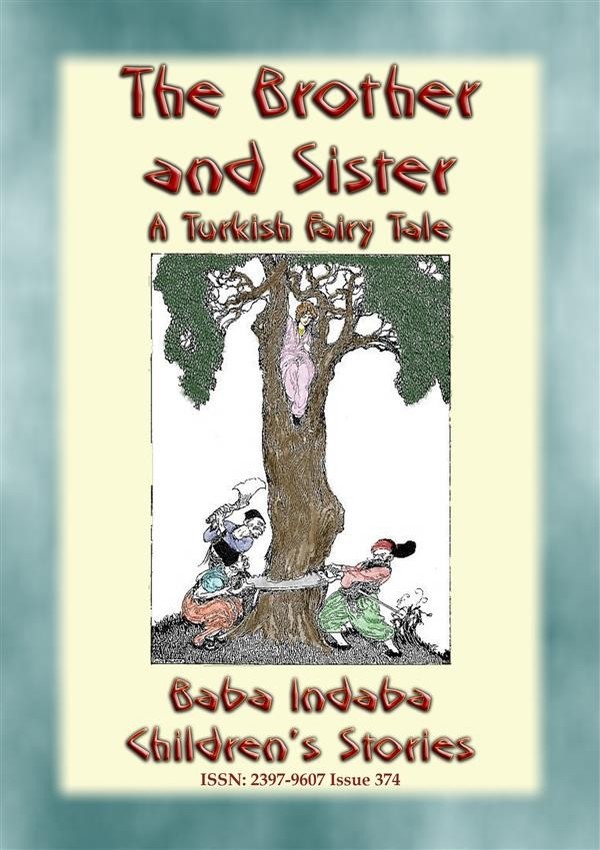 THE BROTHER AND SISTER - A Turkish Children’s Fairy Tale

ISSN: 2397-9607 Issue 374
In this 374th issue of the Baba Indaba’s Children's Stories series, Baba Indaba narrates the Fairy Tale "THE BROTHER AND SISTER”.
Baba Indaba is a fictitious Zulu storyteller who narrates children's stories from around the world. Baba Indaba translates as "Father of Stories".

ONCE upon a time, long ago and far away, there was an old Padishah (King) who had a son and a daughter. In due time he died and his son reigned in his stead, and it was not long before the young man dissipated the whole fortune bequeathed by his father.
One day he said to his sister, "My dear, we have spent all our fortune. If it should become known that we have no money we should have to leave this neighbourhood, as we could never look anyone in the face. We had better go away quietly now, before it is too late." So they gathered their belongings together, and left the palace secretly in the night. They journeyed they knew not whither until they reached a great plain of apparently limitless dimensions. Almost overcome by the heat of the day and ready to succumb to fatigue they presently espied a pool. "Sister," said the brother to the maid, "I can make no further step with. out a drink of water." "But brother," she answered, "who knows whether it is water or not? As we have endured so long, surely we can hold out a little longer, when perhaps we shall find water."
But the brother objected. "No, I go no further; I must drink if I am to live." There upon the sister fetched a draught, which the young man drank greedily; and scarcely had he done so than he was transformed into a stag.
The maid lamented bitterly. What should she do now? What was done was done, and they resumed their journey. They wandered on over the great plain until they came to a large spring by a tall tree; here they decided to rest. "Sister," said the stag, "climb the tree; I will go and endeavour to find food." The maid accordingly climbed the tree, and the stag went foraging in the vicinity. Soon he caught a hare, which the sister prepared for their meal. In this way the two lived from day to day until several weeks had passed by.
Now it chanced that the Padishah's horses were accustomed to be watered from the spring by the tree. In the evening slaves brought them, and while they were quenching their thirst in a trough, the animals saw the reflection of the maid on the clear surface of the water, and timidly drew back. The slaves thinking that the water was perhaps not clean, emptied the trough and refilled it. Still the horses shrank back and refused to drink, and at length the slaves related this unaccountable incident to the Padishah.
What did the Padishah do you ask and what happened next you ask…? Well many things happened, some strange, some silly and some altogether serious. To find the answers to these questions, and others you may have, you will have to download and read this story to find out!