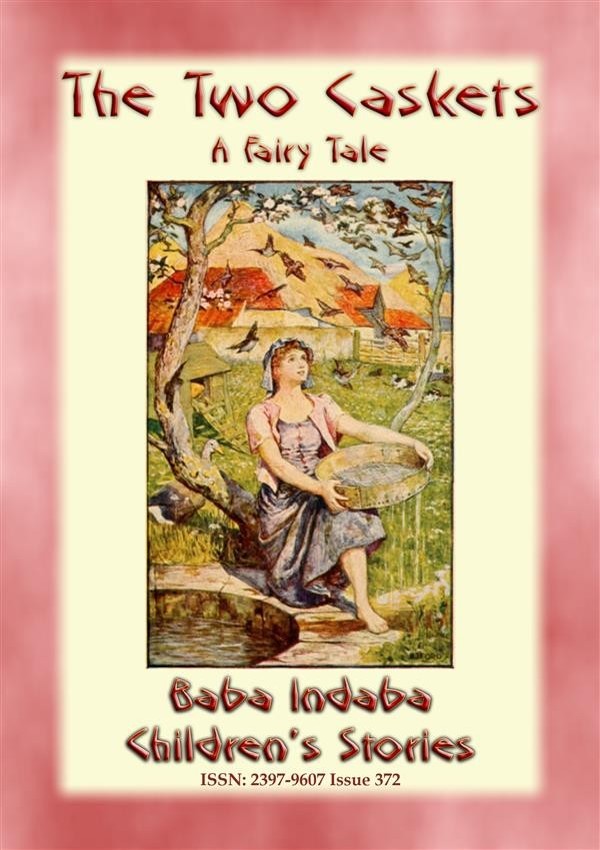 ONCE upon a time, long, long ago and far, far away, in the midst of a pine forest, there lived a woman who had both a daughter and a stepdaughter. Ever since her own daughter was born the mother had given her all that she cried for, so she grew up to be as cross and disagreeable as she was ugly. Her stepsister, on the other hand, had spent her childhood in working hard to keep house for her father, who died soon after his second marriage; and she was as much beloved by the neighbours for her goodness and industry as she was for her beauty.

As the years went on, the difference between the two girls grew more marked, and the old woman treated her stepdaughter worse than ever, and was always on the watch for some pretext for beating her, or depriving her of her food. Anything, however foolish, was good enough for this, and one day, when she could think of nothing better, she set both the girls to spin while sitting on the low wall of the well.
‘And you had better mind what you do,’ said she, ‘for the one whose thread breaks first shall be thrown to the bottom.’
But of course she took good care that her own daughter’s flax was fine and strong, while the stepsister had only some coarse stuff, which no one would have thought of using. As might be expected, in a very little while the poor girl’s thread snapped, and the old woman, who had been watching from behind a door, seized her stepdaughter by her shoulders, and threw her into the well.
‘That is an end of you!’ she said. But she was wrong, for it was only the beginning. ONLY the beginning! This means there’s more to come. So, what happened next you ask…? Well many things happened, some strange, some silly and some serious. But exactly what were these strange, silly and serious occurrences? To find the answers to these questions, and others you may have, you will have to download and read this story to find out!