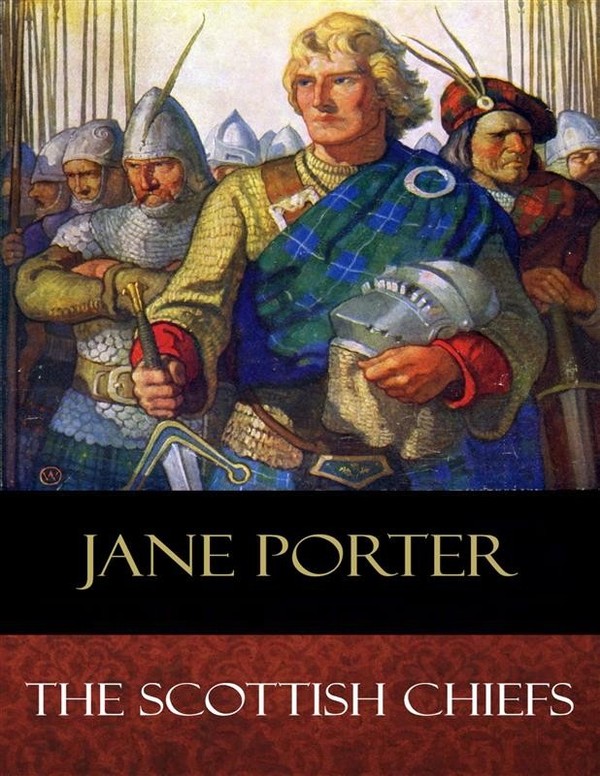 A romantic, suspenseful novel of Scotland's 14th-century heroes, Sir William Wallace and Robert the Bruce. First published in 1809 to spectacular success throughout Europe, this new edition captures the grandeur of the earlier edition, with Wyeth's glorious paintings reproduced in this work.

When, in 1296, the nobles of Scotland, together with their weak King Baliol, placed Scotland under the tyrannical rule of King Edward I of England, some of the Scottish nobles were very much ashamed. One of these was Sir William Wallace.

Sir William Wallace made his way swiftly along the crags and across the river to the cliffs which overlooked the garden of Ellerslie. As he approached he saw his newly-wedded wife, the Lady Marion, leaning over the couch of a wounded man. She looked up, and, with a cry of joy, threw herself into his arms. Blood dropped from his forehead upon her bosom.

Jane Porter was born at Durham in 1776, but at the age of four she went to Edinburgh with her family, was brought up in Scotland, and had the privilege of knowing Sir Walter Scott. "The Scottish Chiefs," . It won an immediate popularity, which survived even the formidable rivalry of the "Waverley Novels," and the book remained a favourite, especially in Scotland, during most of the last century.