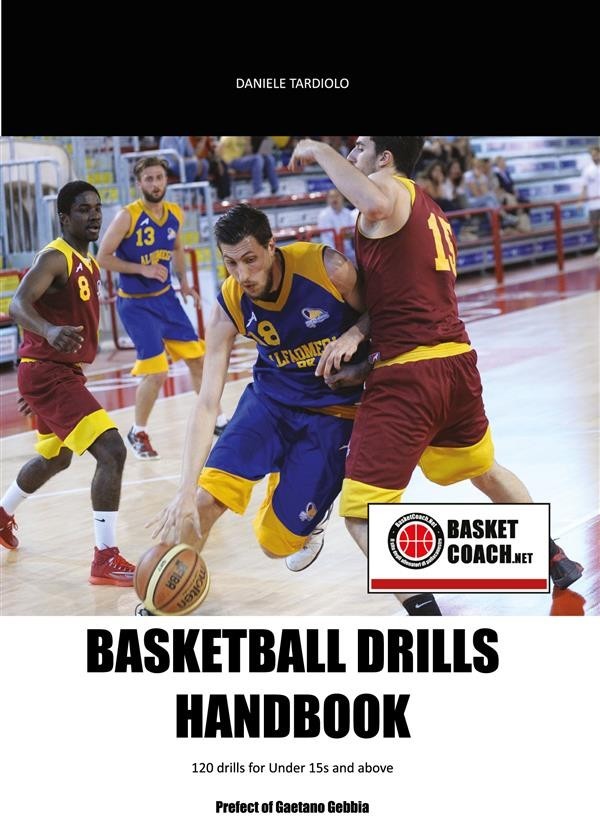 During the ‘80s, when my generation of coaches was being initiated to this career, drills were invested of excessive importance: the challenge was that of finding, or creating, the most spectacular, choreographic drills. e more complex the drill, the more, it seemed, it was able to satisfy our didactic aims, with the result that more time was spent explaining and adjusting the drill itself rather than training in the skills said drill was supposed to improve. Indeed, we often talked about ‘the drills of this or that coach’, as opposed to their basketball philosophy, in a way almost giving a great significance to the box while none to its content. It took us a long time to realise that drills are a mere tool in the hands of the coach, and not an end in themselves. Instead, our end should be the teaching of the game, and, so, thankfully, we have shifted from choreographic drills to functional ones, drawn from the game itself and made simple and adequate to the development of certain didactic objectives. Thus, we welcome this handbook created by coach Daniele Tardiolo. It gathers, in
a well‐structured manner, drills responding to the needs of the coach, and adds value to the drill as a tool available to all coaches, both seasoned and inexperienced.
It is not the choice of a drill to make a coach better, or more successful, but, rather, this or her ability to adapt it and use it appropriately. After all, coaches are much like five‐star chefs, who can prepare delicious dishes with just a few, genuine ingredients. Coach Tardiolo’s book provides the ingredients, leaving to the readers the freedom to choose their favourite recipe.