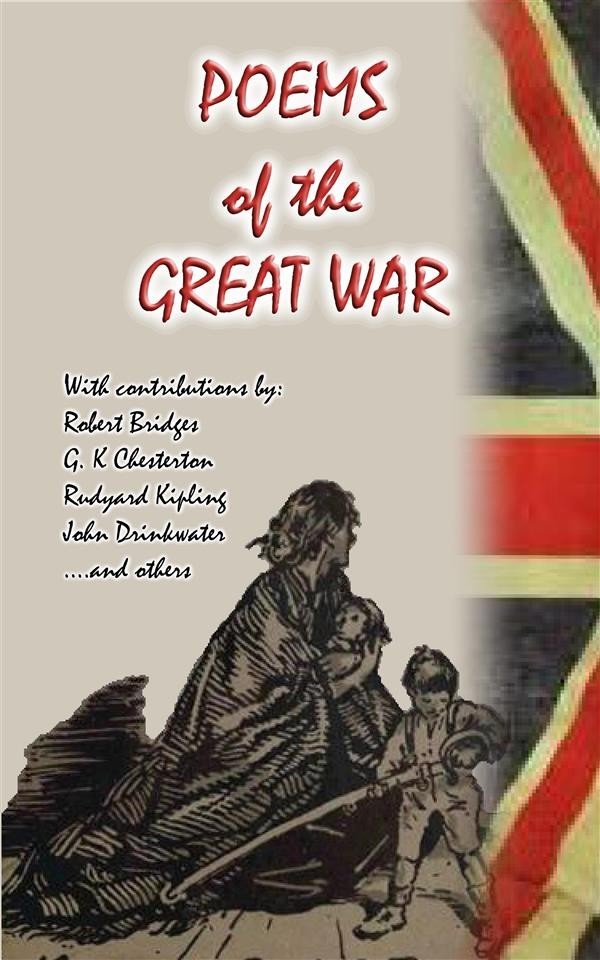 This collection of 17 Poems from the Great War represented the free offering of English poets to the cause of National Relief during WWI.
Most of these poems appeared in the Press at the outbreak of WWI. Mr. Robert Bridges' (Poet Laureate 1913 – 1930) opening contribution, Mr. Henry Newbolt's, Mr. Maurice Hewlett's, Mr. R. E. Vernède's, Mr. Binyon's, were all printed in the Times during the few days immediately following the declaration of war, as also was the sonnet by Mr. William Watson. Sir Owen Seaman's poem came out originally in Punch, "The Hour" in the Daily Telegraph, "The United Front" in the Daily Mail. "We Willed it Not" is reprinted from the Sphere, "Duty" and "Commandeered" from the Westminster Gazette, and the poems by Mr. Gilbert and Mr. Cecil Chesterton from the New Witness. The New Weekly published the verses by Mr. John Freeman, and the Daily Chronicle those by Mr. Harold Begbie. The two hymns which close the collection are reprinted, by special permission of their authors, from volumes previously published.

The original cover design, from which the current was developed, was contributed by Mr. William Nicholson (1872 – 1949).

As the National Relief program was wound up in about 1923, the 33% of the net profit from the sale of this book will be donated to the Royal British Legion for their continued work with Returned Servicemen.