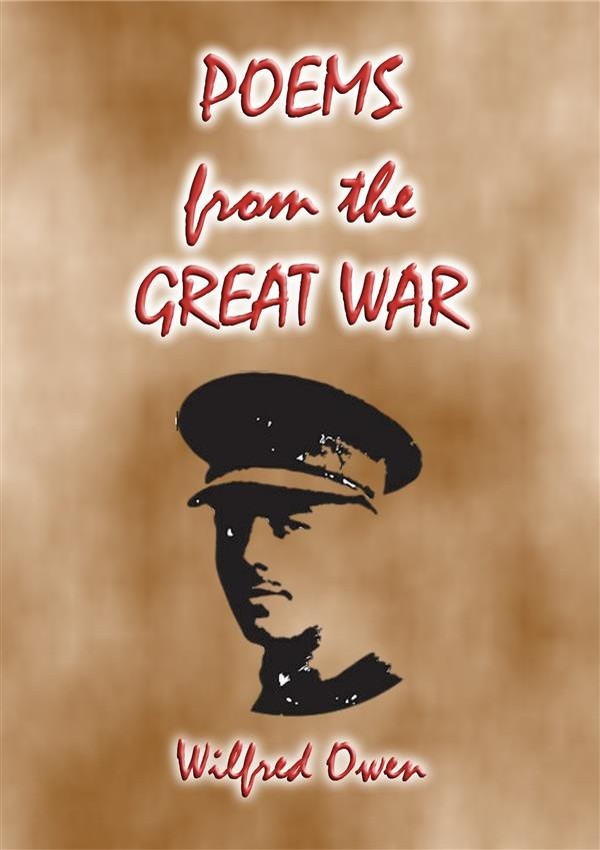 Wilfred Edward Salter Owen, MC (18 March 1893 – 4 November 1918) was an English poet and soldier, is considered to be one of the greatest poets of WWI. His war poetry on the horrors of trenches and gas warfare was heavily influenced by his mentor Siegfried Sassoon, and stood in stark contrast both to the public perception of war at the time and to the confidently patriotic verse written by earlier war poets such as Rupert Brooke.

Herein you will 23 find such poems, like “Anthem for Doomed Youth,” “Dulce et Decorum est.,” “Spring Offensive,” “Futility” and others that lament the passing of so many in such dire circumstances. “Anthem for Doomed Youth,” is one of the most perfectly structured of Owen’s poems, It convinced Sassoon in October 1917 that Owen was not only a “promising minor poet” but a poet with “classic and imaginative serenity” who possessed “impressive affinities with Keats.”

Owen was killed in action on 4 November 1918 during the crossing of the Sambre–Oise Canal, exactly one week (almost to the hour) before the signing of the Armistice which ended the war, and was promoted to the rank of Lieutenant the day after his death. His mother received the telegram informing her of his death on Armistice Day (11 Nov.), as the church bells were ringing out in celebration.