Taken At The Rodeo 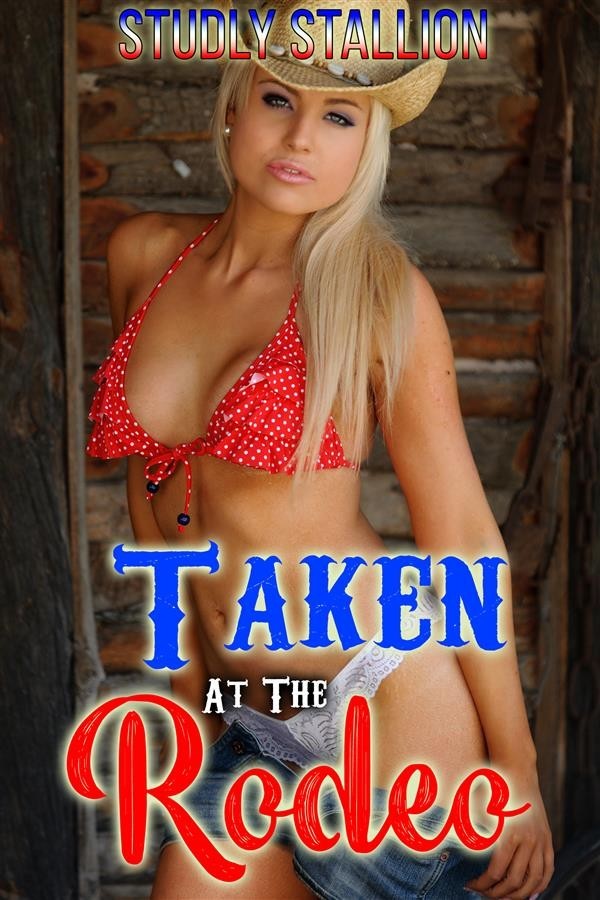 Taken At The Rodeo

Grace was ready to compete against the other riders at the rodeo, but her large, dominant stallion, Bo, had other ideas. Ripping off her clothes, Bo pranced around the arena while Grace chased after him, mortified that everyone in the stadium could see her naked.

"Are you ready, Bo?" Grace felt the excitement race through her as it neared her turn.

Bo, her Palomino stallion, snorted as he pawed the ground. He was as ready as her to race barrels.

The young 18-year-old woman stroked his neck while she waited. It seemed like an eternity passed by before she could go.

When the signal came, her heart pounded in her chest and she urged her horse onward. He bolted out into the arena like they were blasted out of a cannon.

With the power of a meteor, he streaked across the open space of the rodeo arena, circled the first barrel and raced toward the second.

When he reached the barrel, Grace felt the stirrup give. It fell in the dirt as she helplessly grasped for anything that she could hold onto.

The crowd cried out as they watched her tumble from the saddle onto the dirt. Bo, her Palomino raced on kicking up dust.

Her heart bottomed out as she realized she'd lost her chance.

He spun around on his hocks, and returned to her as she was staggering to her feet. He snorted and he nuzzled her.

Grace stroked her horse, thankful that he'd come back to her. He nuzzled her and grabbed her shirt and tore it off her.

"Bo, what are you doing?" Grace asked, bewildered by his actions, as she stroked his neck and chest.

He shook his head, her shirt clenched in his mouth. When she reached for it, he pranced away from her. She could feel a rush of excitement as she realized that the crowd was laughing and cheering on the horse.

"This is no the game, Bo!" Grace felt her whole body flush with embarrassment as she futilely ran after her horse.

Bo danced away with his tail swishing as he saw the crowd laugh uproariously at his antics. That embarrassed Grace even more.

The stallion finally dropped the shirt and when she came to him, he grabbed her bra, snapping it off. She yelped in surprise and attempted to cover her large, luscious breasts.

The crowd was in shock when they saw what her quarter horse had done. The men in the crowd whistled, egging the horse on as the women flushed.

Grace stood stock still, feeling the heat of embarrassment course through her blood. When her horse stepped up to her, he then ripped her jeans off.