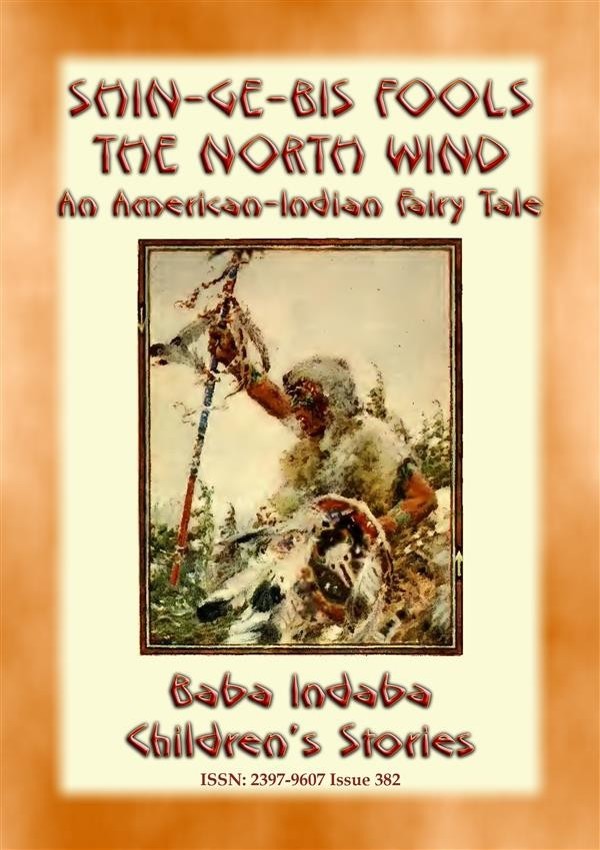 Long ago in the time when only a few people lived upon the earth, there dwelt in the North a tribe of fishermen. They knew they best fish were to be found in the summer season, far up in the frozen places where no one could live in the winter at all. For the King of this Land of Ice was a fierce old man called Ka-bib-on-okka by the Indians—meaning in our language, the North Wind.
Though the Land of Ice stretched across the top of the world for thousands and thousands of miles, Ka-bib-on-okka was not satisfied. If he could have had his way there would have been no grass or green trees anywhere; all the world would have been white from one year's end to another, all the rivers frozen tight, and all the country covered with snow and ice.
In the summer the fishermen went north for the good fish. But when the South Wind began to dimish, the began to grow thick and the wind cold, they said it is time to go. That is all except Shin-ge-bis, the diver. He only laughed. The fishermen looked at him with amazement as they packed up and left.
And so Shin-ge-bis stayed ready for the challenge Ka-bib-on-okka would bring. When Ka-bib-on-okka saw this he was insulted and thought Shin-ge-bis should be taught a lesson.
What happened next you ask…? Well many things happened, some silly and some serious. To find the answers to these questions, and others you may have, you will have to download and read this story to find out!