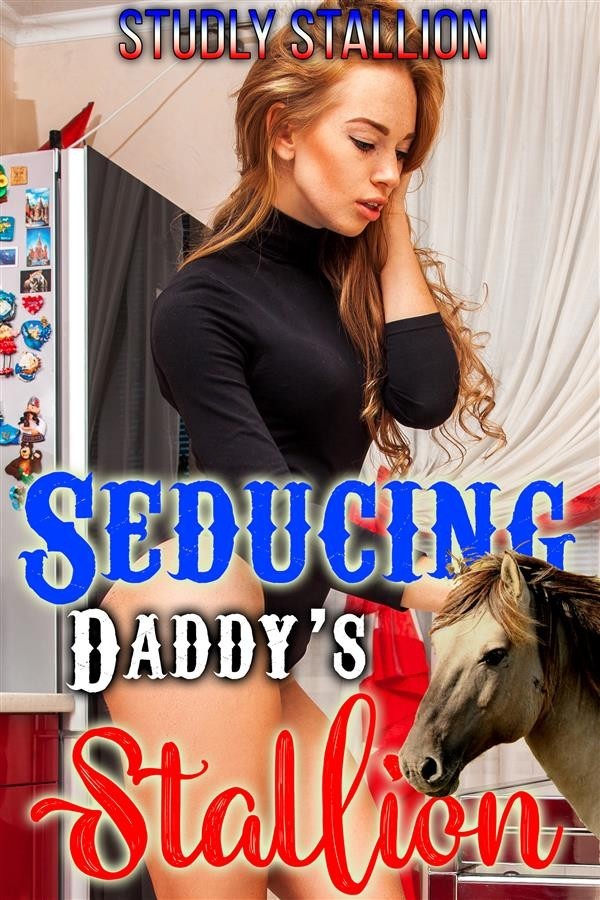 They call me a nympho - but I was just an 18-year-old college student who couldn’t get enough sex. Literally. I wore out boyfriends like most girls wear out lipstick. My life was a wreck. Constantly thinking about sex, touching myself, whoring myself out to every guy.

Fury was my father’s wild stallion. And I was the only one who could ride him. And ride him I did!

I took a deep breath and reevaluated my life before slipping into the barn.

"Shh!" I stroked Fury's very soft, velvety nose and instantly my body became inflamed in fire. I was such a mess. For some reason I just had to have sex. Constantly. Like, to the point that I wore out and drove away men. They did their best, they really did, but they just couldn't keep up with my libido.

The term the doc had given me was nymphomaniac. I liked the nympho part, but didn't like the sound of the maniac part.

"That's it, boy..." I rubbed my hands all over his sleek bay-colored body. He was such a handsome boy.

"If you were a real man, I'd marry you, you know that, don't you?" I smiled and kissed him on the nose.

He stamped his hoof in response.

I laughed and removed my shirt, exposing my large, luscious breasts. Fury nuzzled them, no doubt wondering just what the fuck I was doing.

It was no secret that every time I saw him I got so wet that he could smell me a mile away. I'd always thought it funny that his greeting usually consisted of an erect phallus.

This time was no different.

What WAS different, was this time I wasn't going to ignore it.