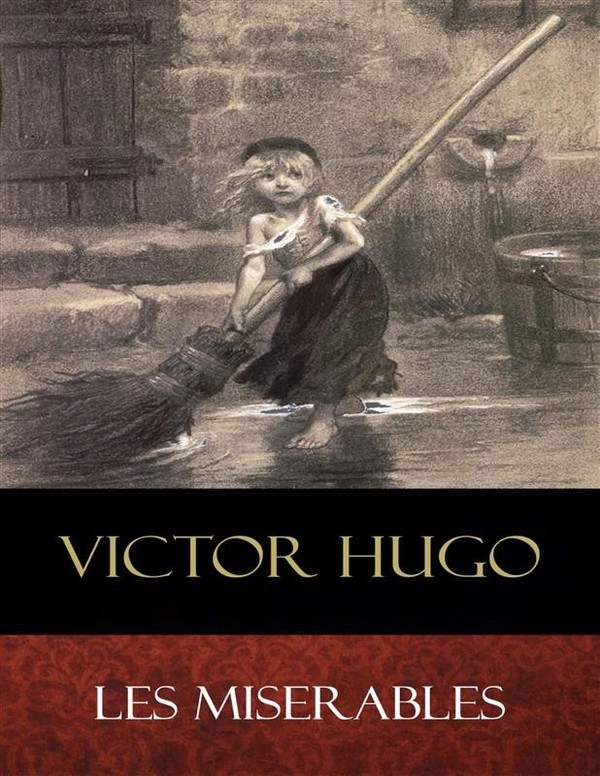 Les Misérables is an 1862 French novel by author Victor Hugo that is widely considered one of the greatest novels of the nineteenth century. Translated by Isabel F. Hapgood (1851-1928)

The novel focuses on the struggles of ex-convict Jean Valjean and his experience of redemption. It examines the nature of law and grace, and expatiates upon the history of France, architecture of Paris, politics, moral philosophy, antimonarchism, justice, religion, and the types and nature of romantic and familial love. The story is historical fiction because it contains factual and historic events. Contrary to what some believe, it does not use the French Revolution as a backdrop. The French Revolution took place in the eighteenth century; Les Miserables takes place in the nineteenth. The only "revolution" depicted is the June Rebellion, a student uprising.

Les Misérables is known to many through its numerous stage and screen adaptations, most notably the stage musical of the same name, sometimes abbreviated "Les Mis".

The title is variously translated from the French as The Miserable, The Wretched, The Poor Ones, The Wretched Poor, or The Victims. Beginning in 1815 and culminating in the 1832 June Rebellion, the novel follows the lives and interactions of several characters, focusing on the struggles of ex-convict Jean Valjean and his experience of redemption. The novel contains many plots, but the main thread is the story of ex-convict, Jean Valjean (known by his prison number, 24601), who becomes a force for good in the world, but cannot escape his dark past.

The novel was originally divided into five volumes, each volume divided into books, and subdivided into chapters, for a total of three hundred sixty-five chapters.