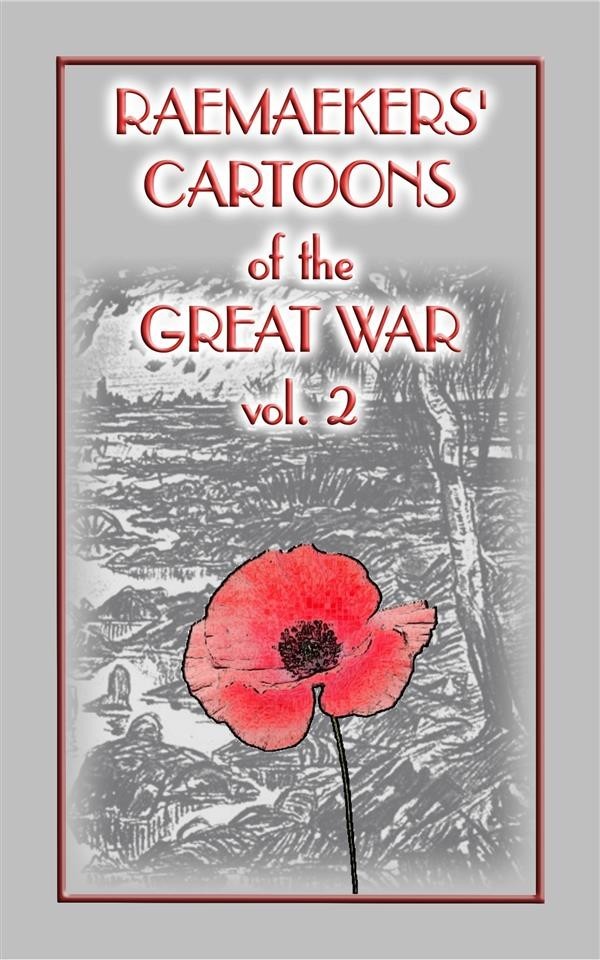 This is Vol. 2 of raemaeker's satrirical cartoons pf WWI. Herein are 107 more satirical cartoons from the cartoon master Louis Raemaeker which end off the second year of WWI. With so many atrocities committed by both sides, Raemakers was not short of material.

One hundred years before WWI, Napoleon is reported to have said that the English caricaturist James Gillray "did more than all the armies in Europe to bring me down.”
Likewise, during World War I, no cartoonist exercised more influence than Louis Raemaekers of Holland. Charged with "endangering Dutch neutrality," he fled to England. His satirical newspaper cartoons led the German Government to offer a 12,000 guilder (±US250,000 in 2014) reward for his capture, dead or alive. A German newspaper, summarizing the terms of peace Germany would exact after it won the war, declared that “Indemnity would be demanded for every one of Raemaekers' cartoons.”

Raemaekers cartoons were also instrumental in fighting against deeply entrenched American isolationism. When, in 1917, the United States entered the war, Raemaekers embarked on a lecture tour of the USA and Canada, rallying the new allies for support and arguing the case for mobilisation against the German Empire. The Christian Science Monitor commented “From the outset his works revealed something more than the humorous or ironical power of the caricaturist; they showed that behind the mere pictorial comment on the war was a man who thought and wrought with deep and uncompromising conviction as to right and wrong.”

All too often art critics, art historians, aestheticians, and others have dismissed cartoons and caricatures as silly — not serious — trivial, and irrelevant. Yet, as you will see with the cartoons in this first volume, here are cartoons and caricatures that, in retrospect, possibly had more effect on the German High Command and German populace than possibly a new  Allied offensive, giving weight to the adage “The Pen is Mightier than the Sword.” - if only pen and paper could have been used to greater effect in this, the Great War.