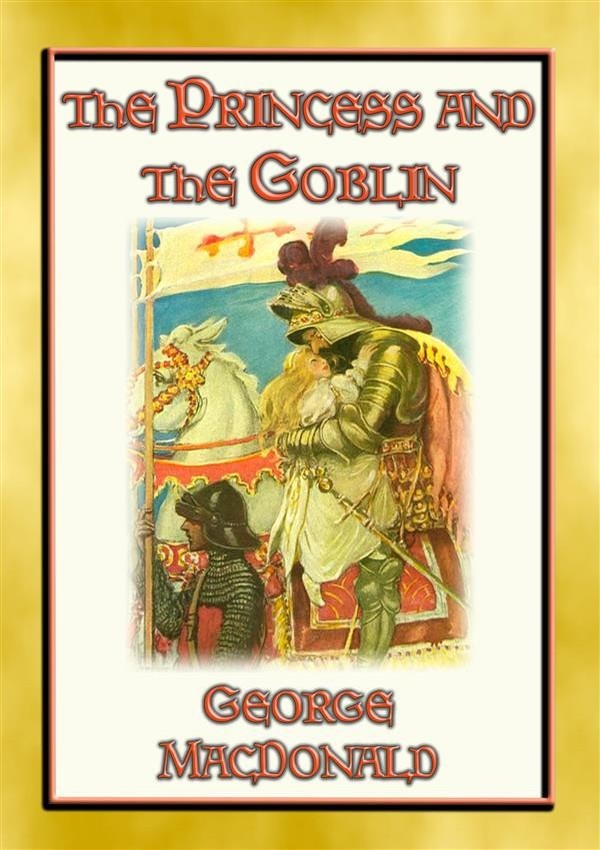 Eight-year-old Princess Irene lives a lonely life in a wild and desolate country full of mountains and valleys. Her father’s palace, built upon one of the mountains, was very grand and beautiful. The princess was born there, but, soon after her birth, she was sent away to be brought up by country people in a large house, half castle, half farm-house, on the side of another mountain, about halfway between its base and its peak.

Her father the king is normally absent attending to affairs of state, and her mother is dead. Irene has never known about the existence of the goblins which lurk in the underground mines, but her nursemaid Lootie does know about them. These goblins are grotesque and hideous beings, who centuries ago were human, but due to various reasons, they were driven underground and became malformed and distorted by their new lifestyle. This caused them to despise the humans above the ground and vow revenge against them.

When the peaceful kingdom is menaced by an army of monstrous goblins, intent of revenge, the brave and beautiful princess Irene joins forces with, Curdie, a resourceful peasant boy to rescue the noble king and all his people. The lucky pair explore the mines and battle the evil power of the wicked goblin prince armed only with the gift of song, the miracle of love, and a magical shimmering thread given to her by a beautiful lady who lives in the attic of the great house. But just who is this beautiful lady and what does she want?

An ideal story for young princes and princesses aged 6 to 12 who are still enamoured by the world of fairydom and whose imaginations will still run riot with the beautiful descriptions in this wonderful volume. A story of adventure, compassion and rescue in the face of uneven odds, it also contains 8 colour plates by the artist Jessie Willcox Smith which will only help fire young imaginations even further.

George MacDonald (December 1824 – September 1905) was a Scottish author, poet, and Christian minister. He was a pioneering figure in the field of fantasy literature and the mentor of fellow writer Lewis Carroll. His writings have been cited as a major literary influence by many notable authors including C. S. Lewis, who wrote that he regarded MacDonald as his "master". Even Mark Twain, who initially disliked MacDonald, became friends with him, and there is some evidence that Twain was influenced by MacDonald. During his life he authored no less than 12 Fantasy novels, 30 works of fiction, 14 volumes of poetry and 13 works of non-fiction. He famously wrote "I write, not for children, but for the child-like, whether they be of five, or fifty, or seventy-five.”