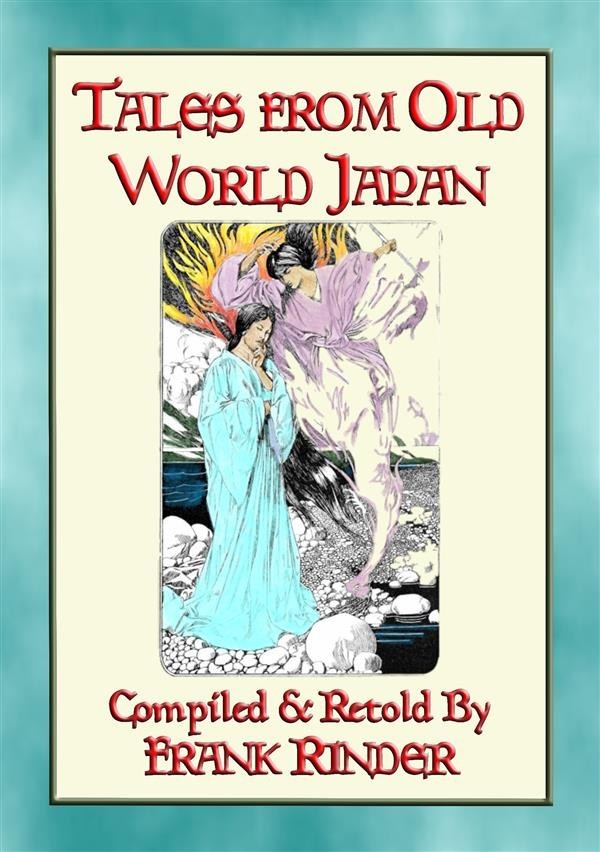 The 20 tales contained in this volume were chosen which because they are not familiar to the English-reading public, so be prepared for the richness of original, ancient Japanese knowledge and lore. Another factor in their selection was because of their beauty and charm of incident and colour, than with the aim to represent the many-sided subject of Japanese lore. Herein you will find tales like: The Birth-Time Of The Gods, The Sun-Goddess, The Heavenly Messengers,  The Palace Of The Ocean-Bed, The Star-Lovers, The Island Of Eternal Youth, The Moon-Maiden plus many more.

They account for the tales from the God-period contained in the “Kojiki and the Nihongi”—“The Records of Ancient Matters”compiled in the 8th C. AD and profess to outline the events of the cycles of years from the time of Ame-no-mi-naka-nushi-no-kami’s birth, at the beginning of time, to the death of the Empress Suiko in A.D. 628.

The first six tales in this little volume are founded on some of the most significant and picturesque incidents of this God-period. The opening legend gives a brief relation of the birth of several of the great Shinto deities, of the creation of Japan and of the world, of the Orpheus-like descent of Izanagi to Hades, and of his subsequent fight with the demons.
So, we invite you to download and curl up with this unique sliver of Eastern culture not seen in print for over a century; and immerse yourself in the tales and fables of yesteryear.
----------------------------
TAGS: fairy tales, folklore, myths, legends, children’s stories, children’s stories, bygone era, fairydom, fairy land, classic stories, children’s bedtime stories, fables, Old world, japan, oriental, east, Japanese deities, Birth-Time, Sun-Goddess, Heavenly Messengers, Prince, princess, king, queen, Ruddy-Plenty, Palace, Ocean Bed, Autumn, Spring, Star Lovers, star-crossed,  Island, Eternal Youth, Rai-Taro, Son, daughter, Thunder God, Souls, Moon Maiden, Great Fir Tree, Takasago, Willow, Mukochima, Forest, Vision, Tsunu Princess, Fire Fly, Sparrow, Wedding, Love, Snow White, Fox, Nedzumi, Koma, Gon