Raped At The Rodeo 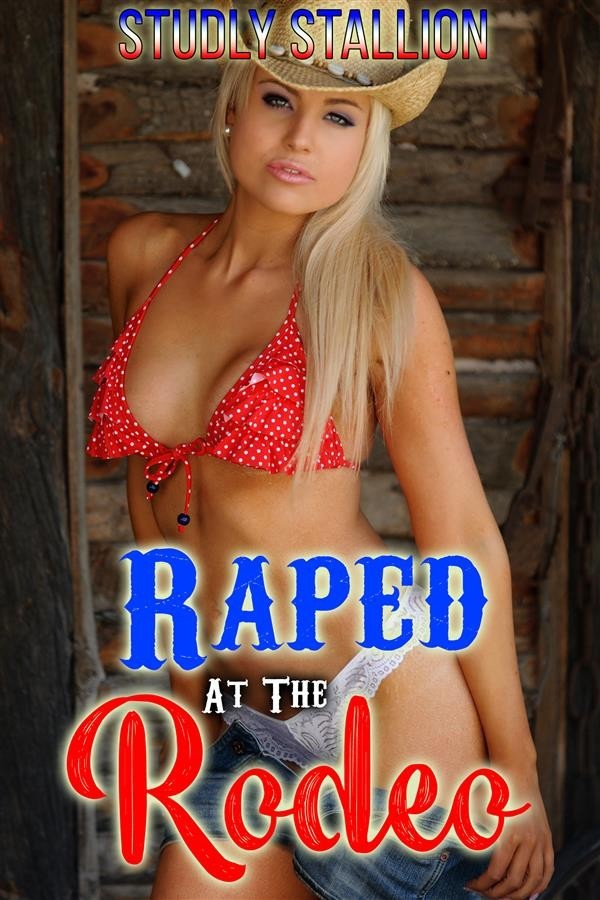 Raped At The Rodeo

Grace gets more than she bargained for when Bo, her stallion, turns on her at the rodeo. Holding nothing back, Bo takes what he wants from his rider, raping her and branding her as his while the stunned crowd looks on.

Will anyone come to poor Grace’s rescue? Or will the stallion be able to have his way with her.

Find out just what a stallion’s massive cock can do to a virgin’s tight cunt.

"Are you ready, Bo?" Grace felt the excitement race through her as it neared her turn.

Bo, her Palomino stallion snorted as he pawed the ground. He was as ready as her to race barrels. He loved it.

The young 18-year-old woman stroked his neck nervously while she waited. It seemed like an eternity before it was their turn.

When the signal came, she urged her horse onward. He bolted out into the arena like they were blasted out of a cannon.

With the power of a meteor, he streaked across the open space of the rodeo arena, circled the first barrel and raced to the second. Perfect!

When he reached the barrel, though, Grace felt the stirrup give. It fell in the dirt as she grasped for anything she could hold onto.

The crowd cried out as they watched her tumble from the saddle onto the dirt. Bo, her Palomino raced on, kicking up dust.

Realizing that he was riderless, he spun around on his hocks and returned to her as she was staggering to her feet. He snorted as he nuzzled her, smelling her fertile scent.

Grace stroked her horse, thankful that he'd come back to her. He whinnied and grabbed her shirt and tore it off.

"Bo, what are you doing?" Grace shrieked. "Give that back!" She used one hand to cover herself.

He shook his head, her shirt clenched in his mouth. When she reached for it he pranced away from her.

"This is no the game, Bo!" Grace felt her whole body flush with embarrassment as she raced after her horse.