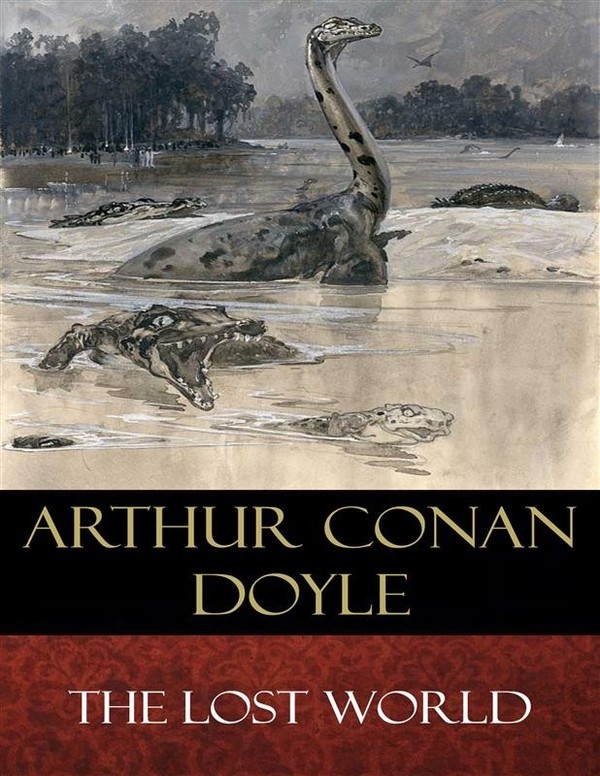 The Lost World (1912) is a novel by Sir Arthur Conan Doyle, with illustrations by Joseph Clement Coll; also including color images by Charles R. Knight.

This novel tells the story of an expedition to a plateau in the Amazon basin of South America where prehistoric animals (dinosaurs and other extinct creatures) still survive. It was originally published serially in the popular Strand Magazine during the months of April-November 1912. The character of Professor Challenger was introduced in this book. The novel also describes a war between Native Americans and a vicious tribe of ape-like creatures.

Sir Arthur Ignatius Conan Doyle was a Scottish physician and writer, most noted for his stories about the detective Sherlock Holmes, generally considered a milestone in the field of crime fiction, and for the adventures of Professor Challenger. He was a prolific writer whose other works include science fiction stories, plays, romances, poetry, non-fiction and historical novels.