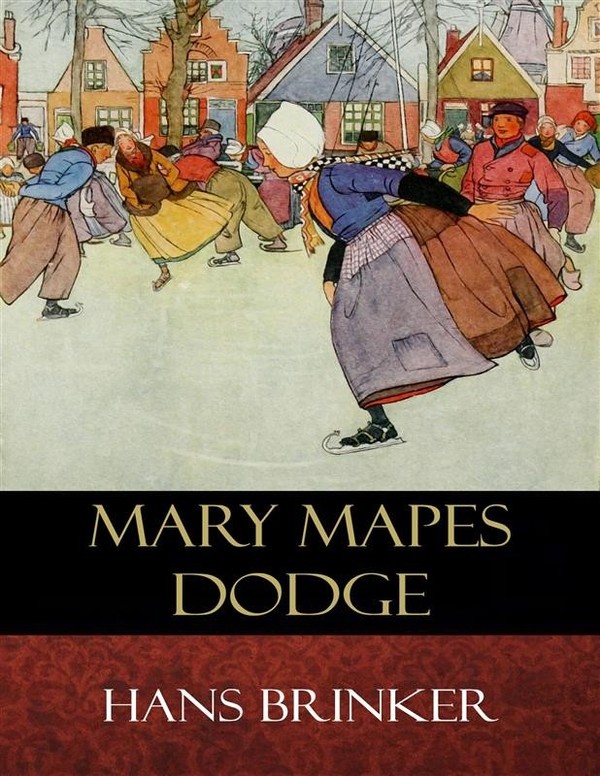 "Hans Brinker", or The Silver Skates: A Story of Life in Holland by Mary Mapes Dodge.

The novel takes place in the Netherlands and is a colorful fictional portrait of early 19th-century Dutch life, as well as a tale of youthful honor.

The book's title refers to the beautiful silver skates to be awarded to the winner of the ice-skating race Hans Brinker hopes to enter. The novel introduced the sport of Dutch speed skating to Americans, and in U.S. media Hans Brinker is still considered the prototypical speed skater.

The book is also notable for popularizing the story of the little Dutch boy who plugs a dike with his finger.

"On a bright December morning long ago, two thinly clad children were kneeling upon the bank of a frozen canal in Holland.

The sun had not yet appeared, but the gray sky was parted near the horizon, and its edges shone crimson with the coming day. Most of the good Hollanders were enjoying a placid morning nap; even Mynheer von Stoppelnoze, that worthy old Dutchman, was still slumbering "in beautiful repose."

Now and then some peasant woman, poising a well-filled basket upon her head, came skimming over the glassy surface of the canal; or a lusty boy, skating to his day's work in the town, cast a good-natured grimace toward the shivering pair as he flew along....."