The Saga of Pappy Gunn 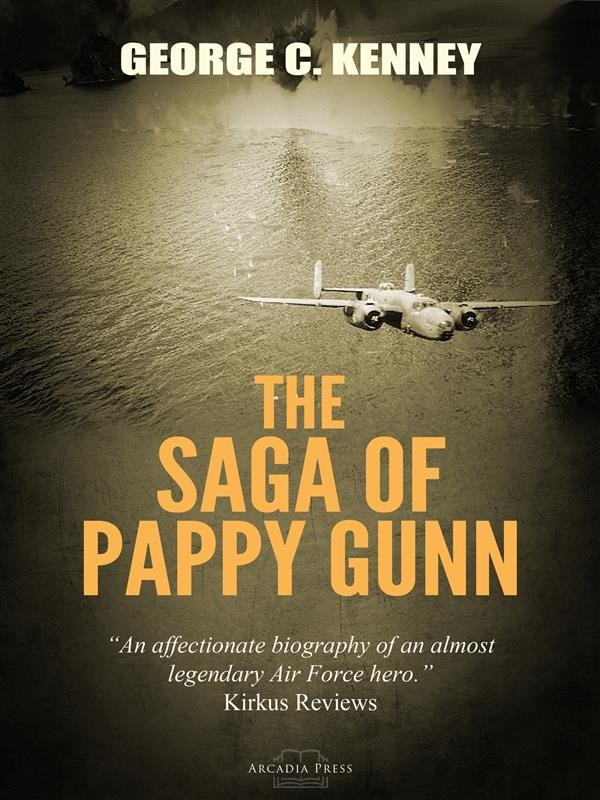 The Saga of Pappy Gunn

George Churchill Kenney (1889-1977) was a United States Army Air Forces general during World War II. He is best known as the commander of the Allied Air Forces in the Southwest Pacific Area (SWPA), a position he held from August 1942 until 1945.

Kenney enlisted as a flying cadet in the Aviation Section, U.S. Signal Corps in 1917, and served on the Western Front with the 91st Aero Squadron. He was awarded a Silver Star and the Distinguished Service Cross for actions in which he fought off German fighters and shot two down. After hostilities ended he participated in the Occupation of the Rhineland. Returning to the United States, he flew reconnaissance missions along the border between the US and Mexico during the Mexican Revolution. Commissioned into the Regular Army in 1920, he attended the Air Corps Tactical School, and later became an instructor there. He was responsible for the acceptance of Martin NBS-1 bombers built by Curtis, and test flew them. He also developed techniques for mounting .30 caliber machine guns on the wings of an Airco DH.4 aircraft.

In early 1940, Kenney became Assistant Military Attaché for Air in France. As a result of his observations of German and Allied air operations during the early stages of World War II, he recommended significant changes to Air Corps equipment and tactics. In July 1942, he assumed command of the Allied Air Forces and Fifth Air Force in General Douglas MacArthur's Southwest Pacific Area. Under Kenney's command, the Allied Air Forces developed innovative command structures, weapons, and tactics that reflected Kenney's orientation towards attack aviation. The new weapons and tactics won perhaps his greatest victory, the Battle of the Bismarck Sea, in March 1943. In June 1944 he was appointed commander of the Far East Air Forces (FEAF), which came to include the Fifth, Thirteenth, and Seventh Air Forces.

In April 1946, Kenney became the first commander of the newly formed Strategic Air Command (SAC), but his performance in the role was criticized, and he was shifted to become commander of the Air University, a position he held from October 1948 until his retirement from the Air Force in September 1951.