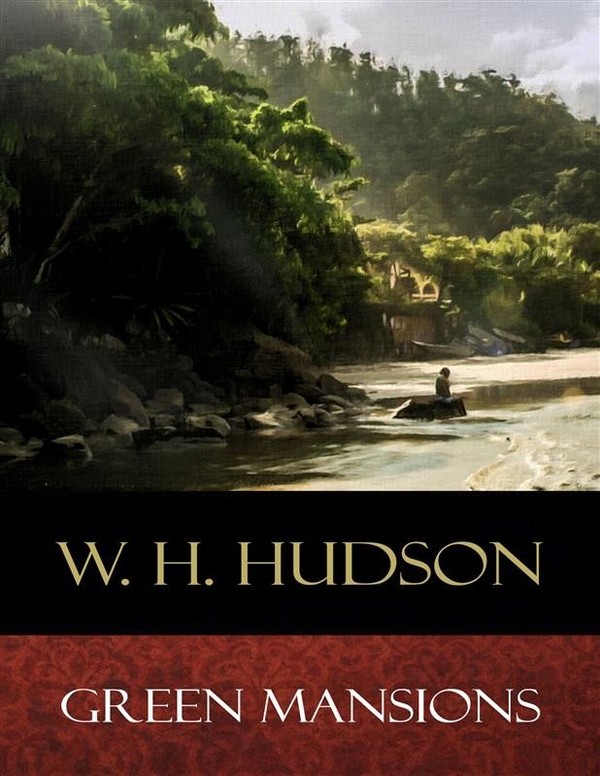 Green Mansions: A Romance of the Tropical Forest is an exotic romance by the British-Argentine naturalist William Henry Hudson. The story tells of a traveller to the Guyana jungle of southeastern Venezuela and his encounter with a forest dwelling girl named Rima. As a primary theme, the novel explores the potential damage inherent in contact between European and indigenous cultures.

A failed revolutionary attempt drives the hero of Hudson's novel to seek refuge in the primeval forests of south-western Venezuela. There, in the 'green mansions' of the title, Abel encounters the wood-nymph Rima, the last survivor of a mysterious aboriginal race. The love that flowers between them is soon overshadowed by cruelty and sorrow...

One of the acknowledged masters of natural history writing, W. H. Hudson forms an important link between nineteenth-century Romanticism and the twentieth-century ecological movement. First published in 1904 and a bestseller after its reissue a dozen years later, Green Mansions offers its readers a poignant meditation on the loss of wilderness, the dream of a return to nature, and the bitter reality of the encounter between savage and civilized man.

Hudson presents a moving and mysterious romance against a backdrop of great natural beauty. Books as rich as "Green Mansions" need to be savored, like good wine. The story flows naturally and poetically. Though written over a hundred years ago, it doesn't seem at all dated. The plot and the pacing are superb, and Hudson's storytelling is particularly fascinating.