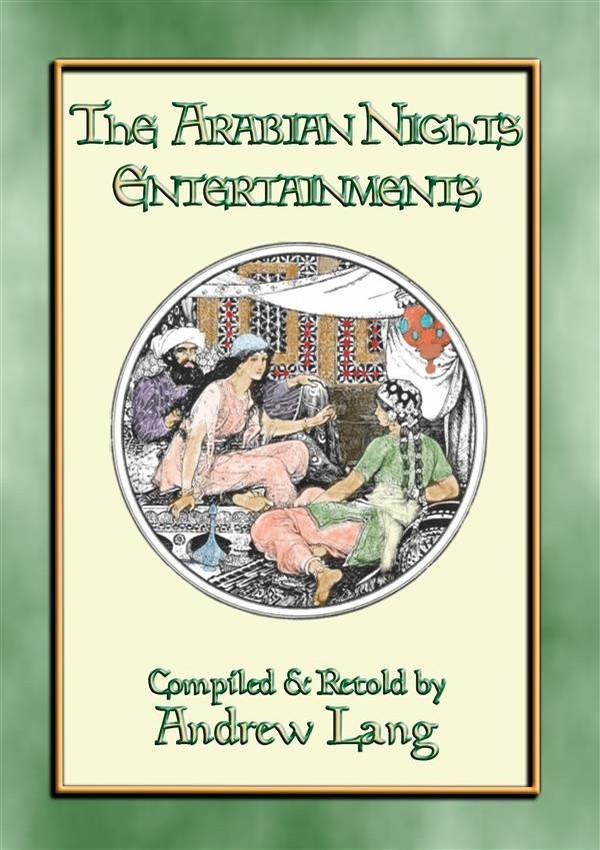 Nobody knows how old the stories in this classic volume are, or who told them first. Noah’s grandchildren, the children of Ham, Shem and Japhet may have listened to them on the Ark. Hector's little boy may have heard them in the City of Troy, but it is certain that Homer knew them, and that some of them were written down in Egypt at about the time of Moses.

Herein are 32 tales from the 1001 Arabian Nights compiled by Andrew Lang in which heroic figures such as Aladdin, Ali Baba, Sinbad, and others, whose luck and ingenuity carry them through perilous adventures. These were usually quests set by rulers, in which a young man was set a number of challenges to prove his mettle. Others adventures were the daring rescues of Princesses by valiant knights on white chargers - what else? Whatever the reason, the adventures and escapades in far-flung places will keep young readers enthralled for hours. The 65 illustrations by H. J. Ford give the stories added depth and meaning.

As always, there are plenty of kings and queens, princes and princesses in these fairy tales, just because long ago there were plenty of kings in most countries. Now 'The Arabian Nights,' some of which, but not nearly all, are given in this volume, are only a sliver of the fairy tales of the East. The people of Asia, Arabia, and Persia told them in their own way, not only for children, but for grown-up people. There were no novels back then, nor any printed books, and definitely no internet or tablet PCs. But there were people whose profession it was to entertain and amuse men, women and children by telling tales. They travelled the country, from village to village, and told their stories, dressed them up and made the characters good Muslims, Hindus and Jews, living in Persia, Arabia or India.

NOTE: I can remember reading 'The Arabian Nights' when I was six years old, in dirty yellow old volumes of small type with no pictures, and I hope children who read them with Mr. Ford's pictures will be as happy as I was then in the company of Aladdin and Sindbad the Sailor.
Andrew Lang

Andrew Lang (1844 – 1912) was a Scottish poet, novelist, literary critic, and contributor to the field of anthropology. He is best known as a collector of folk and fairy tales. The Andrew Lang lectures at the University of St Andrews are named after him.